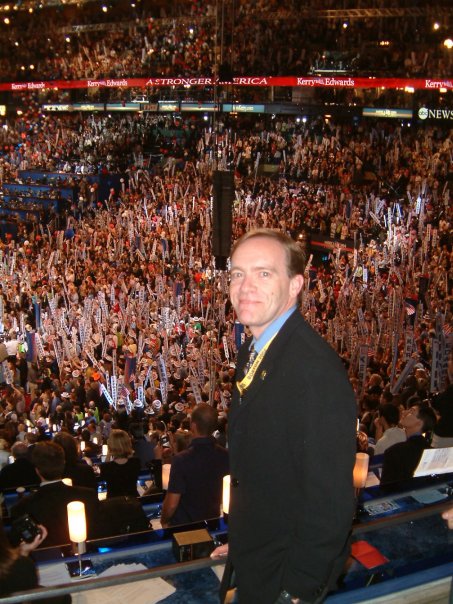 LOS ANGELES—Publicist and political activist Stephen M. Rivers died this week at the age of 55. After a long battle against prostate cancer, he passed away in his sleep early Tuesday morning.

Stephen M. Rivers began his noteworthy career as a political activist with the United Farm Workers union in the early 1970s. During that time period, Rivers believed unfair employment practices by grape companies and vineyards necessitated a national boycott, led by the UFW. Rivers organized the New England branch of that successful movement, which resulted in significant benefits for grape workers, and earned Rivers a position at UFW’s national headquarters alongside Cesar Chavez, the famed Latino civil rights leader. Also well-known as a Hollywood publicist, Rivers worked with a long list of celebrities, most notably Jane Fonda, for whom he served as a personal public relations representative. In 1984, he arranged for Fonda to meet with and show support for Ida Nudel, one of many Russian Jews denied her right to emigrate to Israel. Three years later, Rivers set-up a meeting between Fonda and Polish politician Lech Walesa, in order to promote his non-communist union, Solidarity.

Stephen Rivers continued to demonstrate his concern for international human rights causes throughout his life and career, organizing and promoting events for non-profits like Seeds of Peace, a foundation dedicated to investing in the youth of war-torn Middle Eastern countries. He was involved with the Product (Red) campaign, a program involving corporate sponsorship of AIDS relief efforts in Africa. He attempted to improve relations between the U.S. and Cuba by scheduling screenings of U.S. made films in Havana, and arranging for American film directors and actors to appear at the events.

Rivers was employed by talent-representation giant, CAA. Later, he began his own P.R. company. He worked with movie-stars such as Arnold Schwarzenegger, Kevin Costner, and Richard Dreyfus.

His P.R. career made him a Hollywood icon, and his lifelong fight for social justice earned him the love and respect of many people worldwide. Stephen M. Rivers will be missed.