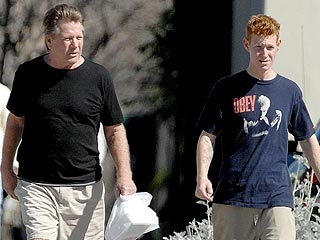 “The hearing took place at the Los Angeles Superior Court,” spokeswoman Sandi Gibbons, of the Los Angeles District Attorney’s Office, told Canyon News.  “The judge in the hearing was Judge Tynan, and Redmond O’Neal had successful progress reports, so the case has concluded.”

Both O’Neals had been previously arrested in September 2008, after undergoing a probation search at their home in Malibu where deputies had found methamphetamines.  Redmond’s probation at the time had originated from his guilty plea in June 2008, for felony drug possession of heroin and meth and a misdemeanor D.U.I.  The older O’Neal had pleaded guilty to one count of felony drug possession in January 2009; however, Redmond did not enter a plea until two months later, when he pleaded not guilty to drug charges.  The charges connected to the methamphetamines case are reportedly included in the dismissed charges.

Redmond is to remain on probation for an additional two years in connection to his arrest at the Pitchess Detention Center in Los Angeles, where he was discovered carrying heroin.  He was charged in April 2009 with a felony count of drug possession.  Later that month, he was accepted into Drug Court to complete an intensive and comprehensive drug treatment program at Wayside Honor Ranch.

Redmond’s mother and Ryan’s long-time companion, Farrah Fawcett, had passed away in Santa Monica after a long battle with cancer.  Redmond had been the voice actor for “Squirt” in the 1998 animated series “The Brave Little Toaster.”  His father had starred in movies such as “The Driver” (1978), “Zero Effect” (1998) and “People I Know” (2002). His mother most notably starred in the ’70s television series, “Charlie’s Angels.”

Gibbons confirms to Canyon News that because O’Neal has successfully graduated from the Drug program, “there will be no more court hearings.”