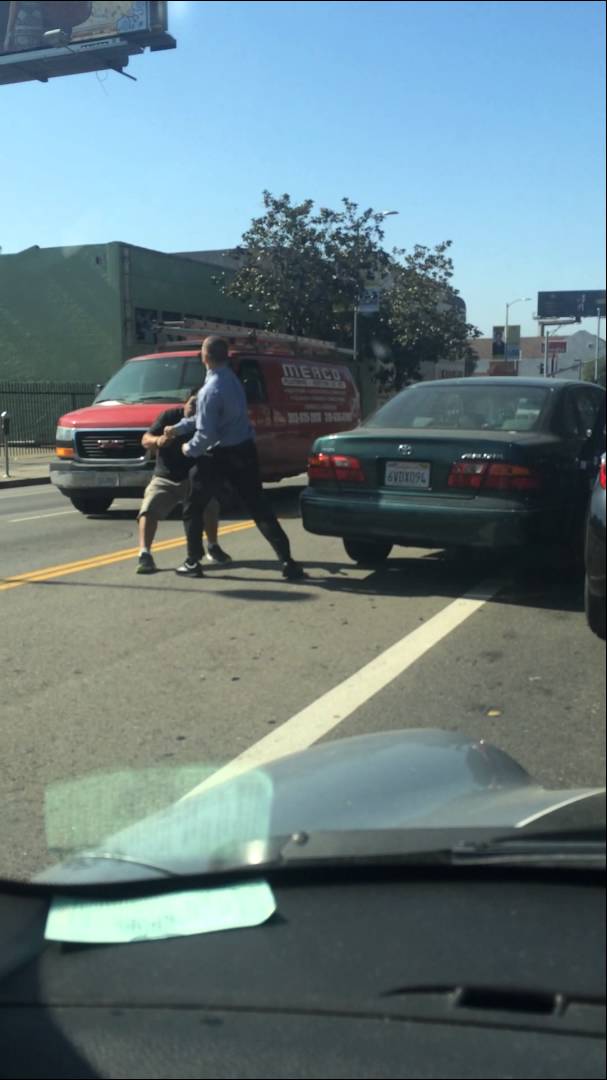 HOLLYWOOD—A road rage brawl was caught on camera on Monday, June 8 during the morning rush hour in Hollywood.

The incident occurred on the southbound side of Highland Avenue next to Hollywood High School. Two men, according to authorities,  had been fighting for a lane. The cars came close to hitting each other at one point before coming to a halt.

Both men, one in a Toyota Corolla and another in a Toyota Camry, got out of their vehicles. The man driving the Corolla, wearing a dress shirt and tie, approached the other man and began punching him. The other driver was knocked to the asphalt, nearly missing a van in oncoming traffic in the nearby lane. The assailant continued to attack the man while on the ground.

The attack lasted around 20 seconds. The attacker later got into his Corolla and sped away. A man, who ran to the scene and banged on the Corolla’s window, and other witnesses tried to stop the suspect with no success.

The identity of the suspect is unknown. The video which was posted to YouTube is not clear enough to reveal any license plate numbers. The man who recorded the video asked to remain unidentified, but believes witnesses might have taken down license plate numbers. Authorities say no criminal complaints have been made to the Los Angeles Police Department.