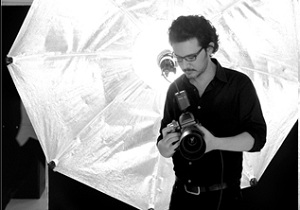 BEL AIR — The brother of actress Salma Hayek was involved in a vehicle collision that left a man dead on February 23.

The incident occurred around 4:50 p.m. when 40-year-old Sami Hayek was traveling eastbound on Sunset Boulevard just east of

Mapleton Drive when Hayek somehow lost control of his 2006 Ford GT, according to a news release from the LAPD. He ended up in the westbound lanes of Sunset where he then collided with a 2011 Toyota Tacoma.

The collision left Hayek with several lacerations to his head and broken ribs, while the 20-year-old unnamed driver of the

Tacoma sustained a broken foot. They were both taken to a local hospital. The passengers of Hayek’s GT was 43-year-old Ian Cuttler Sala, who received massive injuries during the crash. First responders pronounced Sala dead at the scene.

Craig Harvey of the Los Angeles County Coroner’s Ofiice confirmed the identity of Sala and his cause of death as multiple traumatic injuries to Canyon News.

New York before becoming a full-time photographer, according to the biography on his website. He had worked with the likes of Ricky Martin, Billy Joel and BeyoncÃƒÂ©, who gave a farewell to Sala on her Facebook page.

West Traffic Detectives are still investigating the incident. Anyone with information about the collision should contact Officers Tirella or Hutchings at 213-473-0234. Non-business hours calls should be placed at 877-527-3247. Anonymous tips can be left at 800-222-8477.