According to the affidavit in support of the criminal complaint, both Nuru and Bovis have been charged with Honest Services wire fraud by participating in a scheme to bribe a San Francisco Airport Commissioner to vote to select a restaurant affiliated with Bovis for an airport lease, and to have the same airport commissioner have two other airport commissioners vote for it as well. 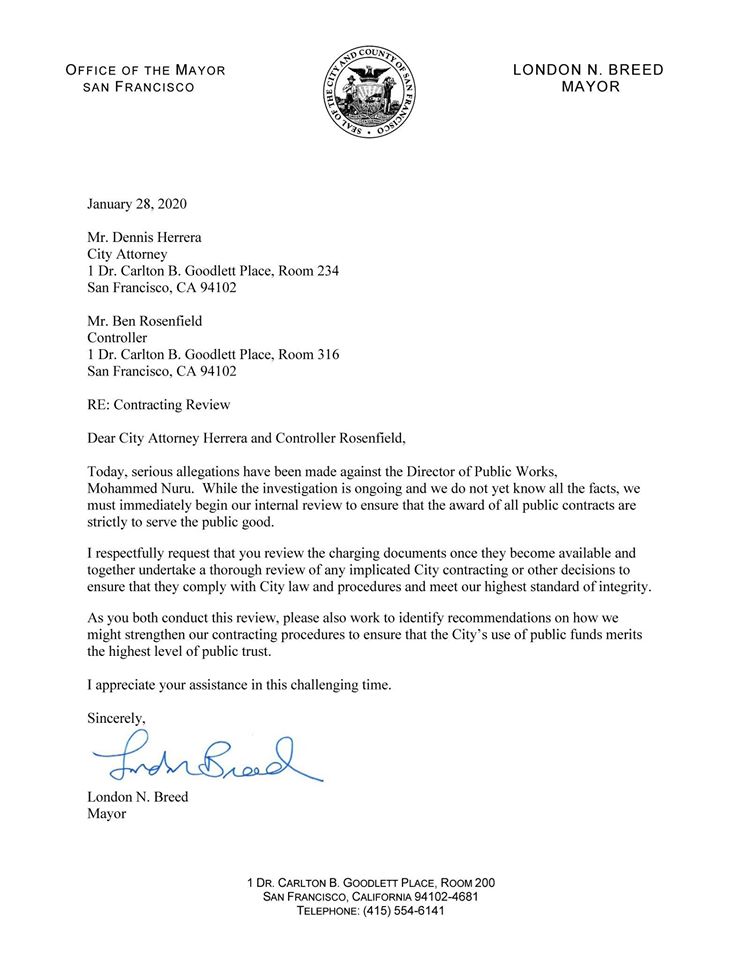 “Because this affidavit is being submitted for the purpose of establishing probable cause in support of the requested Complaint, it does not set forth each and every fact that I, or others, have learned during the course of the investigation. Rather, I have set forth only those facts that I believe are necessary to establish probable cause and to provide the Court with an overview of the facts that establish BOVIS’ and NIIRU’s pattern of corrupt conduct and intent to defraud.”

The content of the report includes a summary of the airport scheme including allegations of aiding and abetting. The multi-million-dollar mixed-use development scheme involved Nuru attempting to use his official position to benefit a billionaire developer in China who was involved with developing a large project in San Francisco.

Nuru serves as the Chair of the Board of Directors for the Transbay Joint Powers Authority (TJPA). He oversees leases at the TJPA that work out of point system. Nuru appears to have attempted to use his position to aid Bovis in obtaining a desirable lease.

In the case of the bathroom trailer scheme, the bathroom trailers were intended to be placed throughout San Francisco for sanitary purposes due to the homeless population. According to reports, Nuru assisted Bovis with his bids on the projects.
The vacation home scheme alleges Nuru of using contractors used by the city of San Francisco to have the work done on his vacation home for free.

Bovis and Nuru were released from jail on a $2 million bond each. Nuru faces up to 25 years in prison, while Bovis could face 20 years prison time.