SAN FRANCISCO−The management team of the San Francisco Giants publicly admitted to informing Major League Baseball player, and two-time World Series Champion, Aubrey Huff that he would not be invited to the upcoming 2010 World Series Championship scheduled for August 16, 2020.

In a public statement, the Giants said the reason for Huff’s disinvite was “multiple comments on social media that were unacceptable and run counter to the values of our organization.” 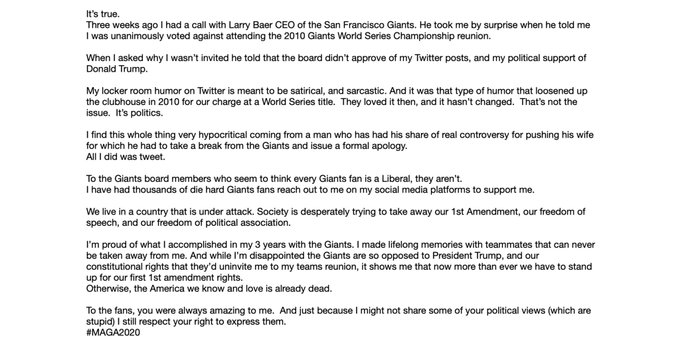 MRC TV host of “Out of Left Field” Nick Kangadis spoke out about freedom of speech, and those who only get offended by it, when they don’t agree with the stance. 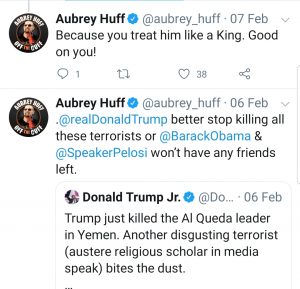 Huff is a self-proclaimed Christian conservative from Texas. In one of his tweets he discusses teaching his boys to shoot guns “in case Bernie Sanders gets elected.”

Writer, songwriter, actor, and social media strategist, Ryan Moore tweeted: “It appears my piece published for 5 hours in the San Francisco Chronicle today about cancel culture, censorship and @aubrey_huff was taken down due to cancel culture and censorship.”

“The San Francisco Giants are wrong to banish @aubrey_huff for his tweets and his support of @realDonaldTrump,” Moore tweeted.