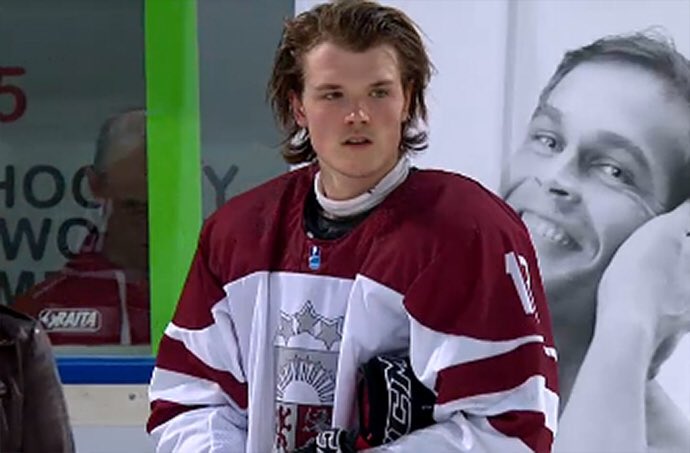 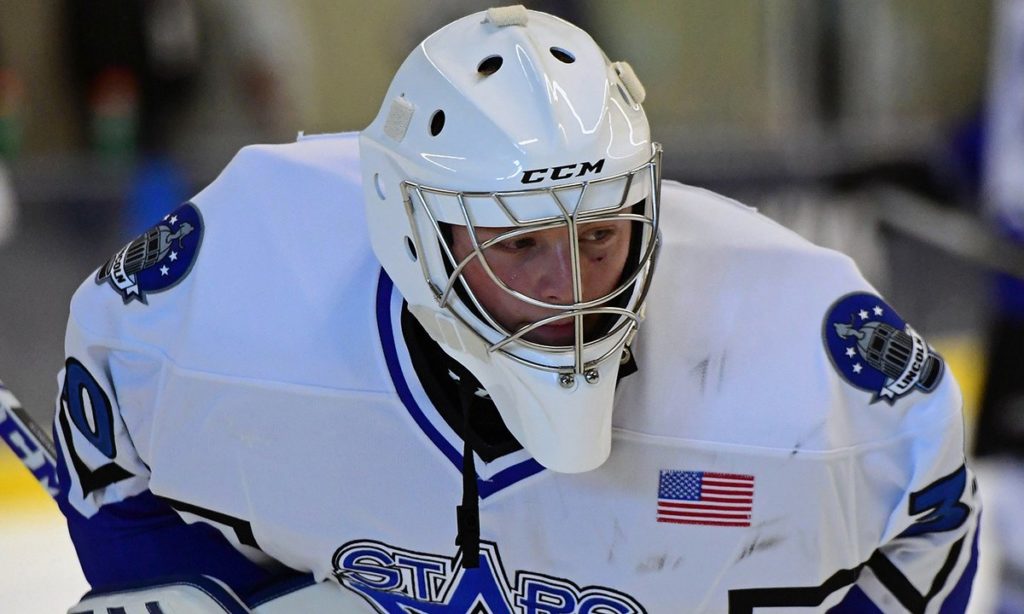 A 19 year-old goaltender from Humpolec, Czech Republic, Korenar made 32 appearances with the Lincoln Stars of the USHL last season. He finished with a 14-11-4 record, 2.22 goals-against average (GAA), a .925 save percentage (S%) and two shutouts. He tied for second in the league in S% and for third in GAA. At the end of the season, NHL Central Scouting ranked him 17th among all North American goaltenders eligible to be drafted. Before the 2016 NHL Draft, they ranked Korenar the fourth-best European goaltending prospect.

From 2014-2016, Korenar played for the HC Dukla Jihlava’s U-18 and U-20 teams simultaneously. He represented his home country at both the U-18 World Jr. Championships and the Ivan Hlinka Memorial Tournament in 2015, the former in which he was appointed a Top-3 Player on his team. 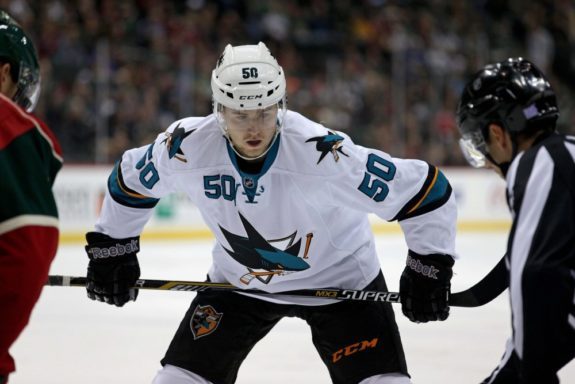 Last season, Tierney collected 23 points (11 goals and 12 assists) in 80 regular-season games. He made six playoff appearances and added an additional point (one assist). He wrapped up the season tied for first in shorthanded points with two, second amongst forwards in average shorthanded time on ice per game at one minute and 47 seconds, and fifth in goals.

Tierney has made 202 NHL appearances, all with San Jose. He holds 64 points (24 goals and 40 assists), five game-winning goals, and two shorthanded goals. He played in all of San Jose’s 24 games in the 2016 Stanley Cup playoffs before being defeated by the Pittsburgh Penguins. During that run, Tierney ranked first on the team with a 33.3 shooting percentage and posted nine points (five goals and four assists).

Before going pro, Tierney spent four seasons (2010-2014) in the Ontario Hockey League (OHL), playing for the London Knights. He helped lead the team to back-to-back OHL Championships in 2011-2012 and 2012-2013.  In 2013-2014, his last season in the OHL, Tierney, then-captain, exceeded his teammates in goals with 40 and ranked second in points with 49. He exceeded the Knights in the playoffs with 17 points (six goals and 11 assists) and, in the OHL Coaches Poll, he was appointed the OHL Western Conference’s Smartest Player.