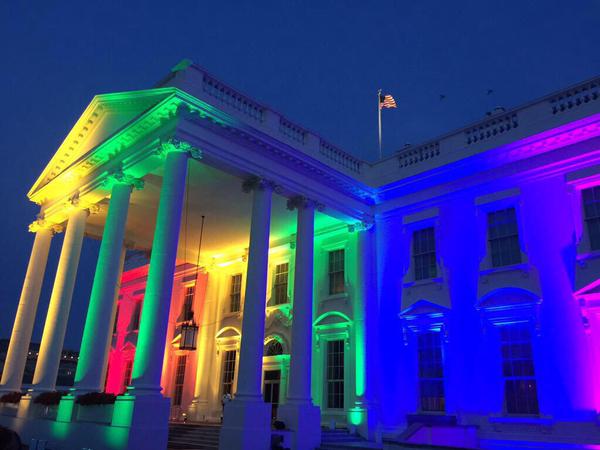 UNITED STATES—There was a very interesting article in the Advocate this month about the special privileges that LGBTQ people are viewed as asking for, when all they are asking for is equivalent rights other people have and that they are denied. There’s a good reason for this happening.

As has been argued more than once in several of the landmark civil rights cases before the US Supreme Court, there is a problem with defining rights on the basis of traits, such as being white, or black, or female, or gay, or Presbyterian… whenever you recognize that you need to address a specific class of injustice and create a legal class of individuals to protect legally, you inevitably exclude people of other classes. Sometimes you can even exclude people who most people believe belong in your protected class, if some folks don’t think they belong in it.

There is a very simple biological and historical fact about human habitation on this planet:  at least for about the last ten thousand years or so, there has been only one kind of human being inhabiting the Earth. They are known collectively as homo sapiens. Everyone you know and everyone you have ever heard of was a member of this very inclusive group.  Einstein was a member, so was Hitler, and Joan of Arc, and Lao Tzu and Nina Simone, and, face it, everybody everywhere, even fictional people like Forest Gump.

The problem is that we are human beings who are pattern matching mavens. We like patterns. Patterns are the invention of our brains and we like brainy people. Trouble is we make up patterns as often when they don’t really exist as when they do. We like order and regularity, because we feel we can better control and ordered and regular universe than a random and arbitrary one. So we decide that there are races, and creeds, and cultures and religions, and high class people and low class people, and we give to each according to their merits.

Well, merit is a matter of opinion. Value is value and it lies squarely in the eye of the beholder. In point of actual fact, all these groups of different classes of people are just people.And in a world where we had real, inclusive human rights, the privileges and the responsibilities would be equally divided among the people, each to each, one to a customer, the same as everybody else. But we don’t tend to work that way, because we’re primates. We live and think and feel hierarchy, a pecking order from the highest to the lowest, or from the most deserving to the least.

And that is how the world was run, and everybody thought it was just fine and ordained by God(s) from time immemorial, until a little thing called the Enlightenment happened in the 17th and 18th centuries. Some pretty smart philosophers started asking a lot of very complicated and intricately phrased questions that all pretty much boiled down to “why?” and “who says so?”

In the matter of governance, for example, they questioned whether the sovereign had any kind of God given right over the person, property and potential of John Q. Public. They concluded that government that was a thing made by man, and being a thing made by man, it was made for a purpose. Among the purposes that it was created for was to protect John Q. Public from those who would profit unjustly by him and deprive him of his rights. These Enlightenment people invented the concept of rights. Before them, there were no rights. Whatever the man said, well that was right and if you argued, they killed you and that was justice.

They said that we give governments power over us to protect us from things we are powerless to protect ourselves from. We give them an army, to protect us from other armies. We give them the ability to enact laws and to empower judges, juries, police and other servants of the state to enforce those laws and see that they apply to one and all.  And in the 19th and 20th centuries, we began to specify exactly who we meant by “one and all.”

We the people, started out to be white males of property in these United States. Gradually over time, we added people. We added all white men, not just property holders. Then we added black men (sometimes). Then we added women. They we said, no, really, we do mean black people. And we made laws to include these people and those people and some other people and we created protected classes of people, who were accorded some special consideration under the law, in order to address long standing injustice and historic denial of what ought to have been their rights:  like physically disabled people being able to access public buildings.

A hundred years ago, you could not marry if you were a black man and a white women. It was illegal. Then we said, no, there is no reason to discriminate against those who wish to marry, just because they have different skin colors. Many people disagreed with this, and it did not become the law of the land for decades. Recently, we decided that people who loved one another could marry, regardless of their respective sexes, because we said that it was wrong to discriminate against some people who wished to marry, just because they had the same sex.Lots of people disagree with this today and many want to reimpose a ban on marriage of people who do not differ in the number of their chromosomes, regardless of their love or their commitment.

What we need, though, for the 21st century is an understanding of the universality of our humanness. We need true human rights, which are inalienable and absolute. Any mammal with 23 chromosomes (I think we’re the only mammal with 23 – Chimpanzees, for example, have 24) should be entitled to them. They should apply to each and every one of us, without distinction.

It should be unlawful to discriminate against someone for any reason linked to their identity, because in fact we all share the same identity: we are human beings. In employment, in housing, in voting, in marriage, in property ownership rights, in right to legal counsel and access to the courts, in every way that we define rights and privileges in law, there should be no distinction.  Is the individual in question a human being? Yes, they’re entitled or obligated. No?  Then they’re not.

There is nothing more fair than this. It may lead to things some people don’t want. That is the way of things. But the ultimate equal fairness under the law ought to be absolute. No one should be above the law and no one should be deprived of equal protection under the law.  Period.