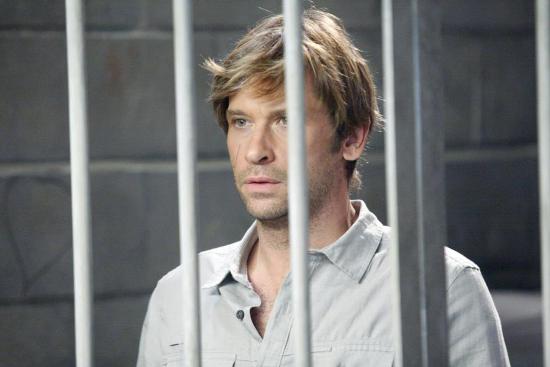 HOLLYWOOD—It’s the genre that has become synonymous with daytime television, but is slowly losing its appeal. That genre would be the soap opera. It’s been around for decades, but in the last five years, iconic soap operas have ended their runs on the small screen. They have appealed to the masses for decades with their ability to craft smart storytelling. Unlike any other genre in movies, television or books, the soap opera prides itself on its unique style of episodic arcs and melodramatic moments that puzzle viewers.

Some of the ideas can appear so far-fetched the average spectator would find difficulty believing what they’re watching, but if the right story is crafted it can maintain a viewer’s attention for months. Take for example, the recent mystery behind the two Todd’s on ABC’s “One Life To Live.”  Everyone’s theory was that one was an imposter (Trevor St. John) and the other (Roger Howarth) was the “real” Todd. Was the audience ever in for a jaw-dropper when it was revealed that both men were actually brothers.

It’s the element of suture that maintains the attention of the audience.  Soap operas have that tendency to develop a plot line involving a murder mystery, a secret or mysterious character that hooks audiences in one episode. They rely on that suspense to keep the viewer coming back each day. That eagerness to know what will happen next drives the spectator bonkers.

Another fascinating aspect is the variety of characters on each show. Of course there’s the villain that we all love to hate, some notable icons include James Stenbeck (Anthony Herrara) from “As the World Turns,” Stephano DiMeria (Joseph Mascalo) from “Days of our Lives” and Sheila Carter (Kimberlin Brown) from “The Young and Restless,” to name a few.  There’s also those epic love stories like Jessie and Angie from “All My Children,” John and Marlena from “Days of our Lives,” Jack and Carly from “As the World Turns,” characters that despite the obstacles they encounter are destined to last forever.

Throughout the years soaps have slowly dissipated. Many may remember “Loving,” “ Sunset Beach,” “Passions,” “Another World” and “Port Charles” all soaps that had short runs on the small screen.  With the demise of these soaps, no one ever expected titans like “Guiding Light,” “As The World Turns” or “All My Children” to end, but they have. In about one week, another ABC icon “One Life to Live” will end its more-than-40-year run on the small screen. The unfortunate side effect is the series is just getting juicy with a storyline involving a massive prison break, only one could imagine the subplots that could explode with this concept.

At the present time, only four soap operas remain on major networks: “The Young and the Restless” and “The Bold and Beautiful” on CBS, “Days of our Lives” on NBC and “General Hospital” on ABC. Ratings may play an important role in why soaps are continuing to fail. Nowadays, more and more women are joining the workforce, so that primary audience is shrinking to a degree, but a variety of audiences tune into this unique genre whenever the opportunity arises. For an inspiring writer, a soap opera can be a great lesson on learning the craft of storytelling and character development.

In my opinion, the genre will never die, but it does have to be revamped a bit to attract a new audience. Take nighttime shows like ABC Family’s “Pretty Little Liars” which in its own respect is a modern day soap opera (it just happens to air at night). If networks can find a way to lure daytime audiences with a new soap opera, with fresh faces and compelling story lines, it may click with viewers. There are only so many times a character can return from the dead. The plausibility element does come into play for the spectator.

For those viewers continuing to watch soap operas during the day, you’re saving a genre that is close to extinction on daytime television. To those who’ve never considered watching a soap opera, give it a shot: you may be surprised at what you discover.