UNITED STATES—A member of Anonymous has put out a message telling us they won’t endorse any candidate, but will remain relevant and continue fighting for this ideal of a world that I believe may be impossible.

Like the many inspiring messages that have been put out before, their words RESONATE with many.

People who do not understand them will preach against this group, calling them alarmists or even bullies. Those who want a future that’s free of abuse and oppression will feel despair after listening to a beautiful message that is INTENDED for good.

DO-GOODERS will cry, knowing what these people say is true. The rich get richer and selfish do reign. Our government can’t stop the protests and we will no doubt get a president that will function behind closed doors for their own satisfaction.

Americans always rally behind a presidential candidate that makes a better movie star than politician because we have ALWAYS praised the people who are merely good at memorizing words someone else wrote so we citizens can be told what they think we want to hear.

We would rather question the one who stammers even though it is probably because they are wise enough to think before they speak or lack what is called ON DEMAND KNOWLEDGE.

WE WILL do all these things, because we ourselves are mostly inept or inconsolable in our own lives. That is why mental health medicines are so excessive, people cannot function, and people drink or do illicit drugs in order to have an excuse to not act as a good human being should.

We gossip about the neighbor who avoids garbage fees by sneaking theirs in a dumpster while stealing toilet paper from our employer. We teach hate about others who we deem less than while RATIONALIZING that those we love who do the same things: DO IT FOR A GOOD JUSTIFIED REASON.

This country is full of people who who are in GREAT DESPAIR over the fact that they lie and lack integrity and it’s easier to go with the PATH OF LEAST RESISTANCE than it is to put effort into change.

What I am trying to say is I BELIEVE we as a nation are so broken that we don’t possess what it takes to stand up for RIGHT.

Anonymous calls for a BLOODLESS REVOLUTION.

What is a revolution?

If we were TRUTHFUL we’d admit that there cannot be change when all parties aren’t willing to change. Think I’m only complaining again? Read what Ghandi says.

We watch as our world turns into one where the government is expected to take better care of us than we do ourselves! Where teachers and public figures are held to higher standards than a child’s own parent.

I am sorry to be a sad voice in an inspiring attempt, but the truth is as Anonymous has even mentioned before, we have to get to “the root.”

The root IS US, as in WE THE PEOPLE.

We are a bunch of PSEUDO-Robin Hood’s that want to take power from the bad and give it to the good in order to make this Ideal America, but I don’t think we have a national consensus on what good is.

The “face” of Anonymous seems all well and good, but we need someone to come up with a standard that describes the IDEAL we are trying to establish and it’s necessary before anyone logical can give their all to a cause. 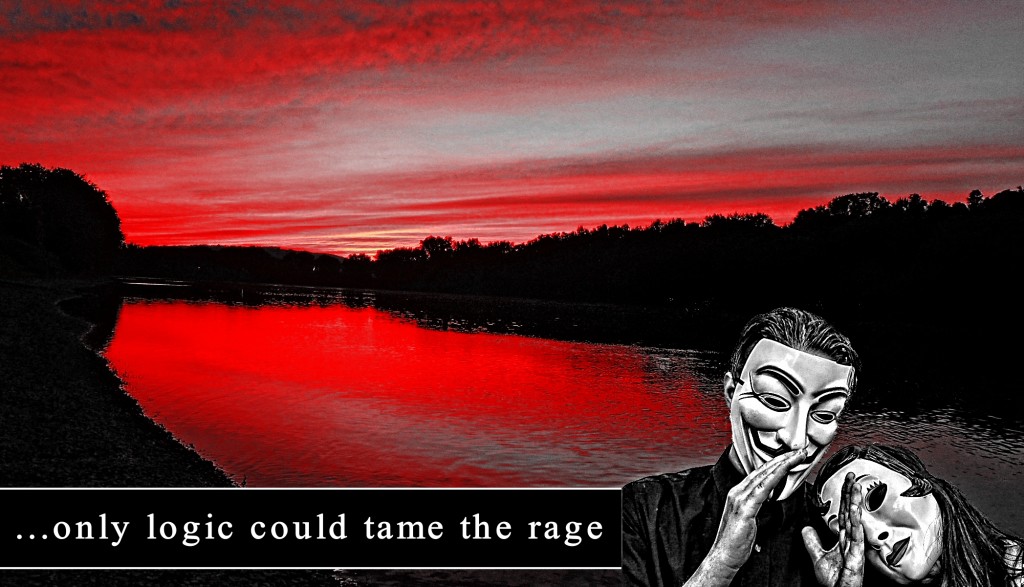 If someone were to listen to me, just another rage-filled woman in this world, I would tell them that we need a plan, that starts with a NON-DISCRETIONARY set of standards that levels the playing field of America for once and for all.

It’s becoming narrow, the thin line between PATRIOTISM and SEDITION.

We need to take some steps that are both RAGE-PROVOKING and necessary, to stop the total corruption of our root and unfortunately we all have our ideas of what that corrupting factor is.

People like me have lost faith that justice will prevail, and with the statistics regarding childhood incest and physical abuse, you would have to agree that how parents program children is one of the main problems with the root of America, the one that keeps proliferating and rearing it’s ugly head in disrespect for all authority figures.

We need a Batman. One that comes forward with a plan to fix our broken country, ALL OF IT. One that wants to end the criminality that is ruining the core, but all of the criminality, not just what suits your cause or mine.