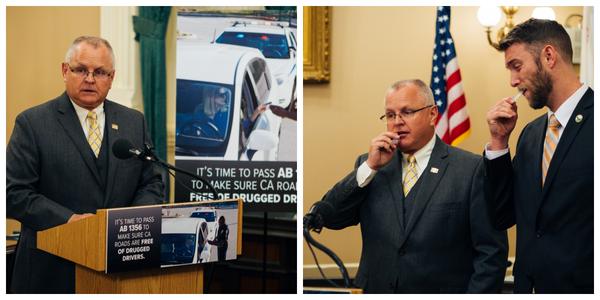 CALIFORNIA—State Assemblyman Tom Lackey is proposing a new bill that would allow law enforcement to use new devices to test questionable drivers for various drugs.

Assembly Bill 1356, would provide officers with a new drug breathalyzer device to test on motorists suspected to be under the influence. The device, Alere DDS2, tests for marijuana, cocaine, amphetamines, methamphetamines, opiates and benzodiazepines. Using a swab, fluids are collected from the inside of the cheeks. The swab is then placed in the device and within minutes a reading for each drug category is displayed showing either negative or positive. 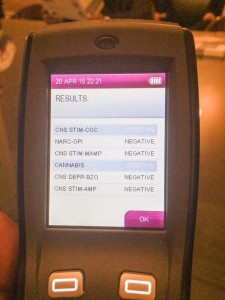 Cannabis advocates feel this device may be used to unjustly target people who may use marijuana for medicinal reasons. Advocates believe anyone who is impaired should not be driving, but since the device registers marijuana usage within two to three hours, law enforcement may enact a zero tolerance policy lumping abusers with someone who utilizes marijuana for conditions such as post-traumatic stress disorder.

As the bill is still in its early stages, it would need to pass through multiple committees, assemblies and The Senate before the Governor can consider the proposal. The bill would also require state funding. As the bill currently stands, there has been no discussion on where the funding would come from.