UNITED STATES—An 11-year-old student from Lake Ronkonkoma, New York was reportedly forbidden by her teacher to use President Donald Trump as her hero in a school project.

Bella Moscato, a sixth-grade student at Samoset Middle School was reportedly told by her teacher that she may not choose President Trump as her hero because “he speaks negativity and says bad stuff about women.” The child went on to say the thing she didn’t get was “how come she was okay for someone doing Barrack Obama, but not Donald Trump.” 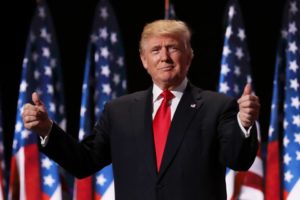 According to News 12 Long Island, the child’s parents, Arthur and Valerie Moscato confronted the Sachem Central School District calling the incident “An act of intimidation and censorship against their 11 year-old daughter, Bella.”

“My daughter chose the President of our country. I can’t believe that anyone in the school would forbid him to be her hero. No one’s going to tell my daughter that that guy cannot be her hero. I am incensed by this,” said Arthur Moscato during a school board meeting.

“This is very frustrating to me because you know my daughter has every right do and pick a hero of her choice. It’s her first amendment right, freedom of speech, freedom of expression. She was trying to shut her down,” said Valerie Moscato

“It is not accurate that this student was told they were not allowed to conduct research or report on any individual, for a school assignment, including President Trump. To the best of our knowledge, by choice, the student is still conducting their project on President Trump.”

Arthur replied to Graham’s statement saying “and I’m incensed that my story was said to be inaccurate, by you. My story is not inaccurate. My child did not lie.”

Canyon News attempted to contact Dr. Kenneth Graham for comment, but did not hear back before print.

“Old” Is An Intriguing Mess