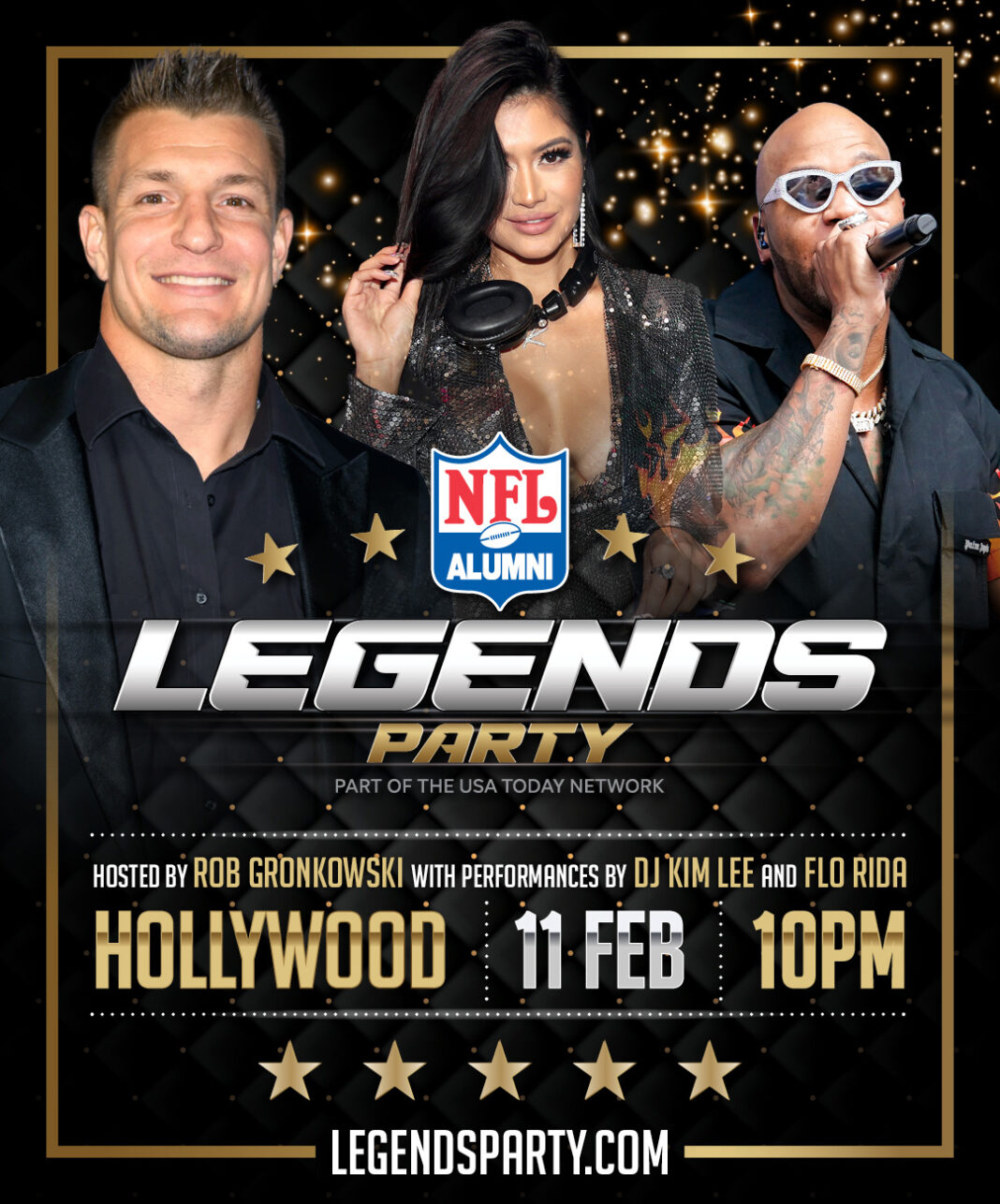 LOS ANGELES—The NFL Alumni Legends Party will be held on Friday, February 11 at the glitzy, iconic Avalon Hollywood-seamlessly combining legendary celebrities as well as gridiron heroes for one epic night of partying in Los Angeles. The event will transpire just before pro football’s big game – and now you can join the fun of attending Super Bowl Parties.

The best part? A very limited number of tickets are now available to the public. Opportunities to attend an event like this don’t come around often, so carpe diem, reserve your spot, and be legendary. Doors open at 10 p.m. DJ Kim Lee performs at 10:30 p.m. and Flo Rida at midnight. Attendees must be 21 and older. Dress to impress for your red carpet walk. Professional photos, snacks, and open bar included for all guests.

AVALON is a historic live entertainment venue and special event facility located at the world-famous intersection of Hollywood and Vine. Built in 1927, the venue has been restored and maintained over the years and features state-of-the-art sound, lighting and visuals.

Gronk famously did a flip years ago while on crutches at a Super Bowl function. He loves entertaining the crowd while showing off his athleticism: Gronkowskis charm and accessibility makes him the life of any party.

Other NFL stars include three-time Super Bowl Champion Dallas Cowboys running back Hall of Famer Emmitt Smith. Also suiting up for action is 49ers legend Jerry Rice, the greatest wide receiver in NFL history. Other NFL stars include former NFL quarterback and Heisman trophy winner Doug Flutie and former tight-end Vernon Davis round out the starters. These celebrities and football luminaries have already proven themselves to be legends. Their question: Are you ready to be legendary?