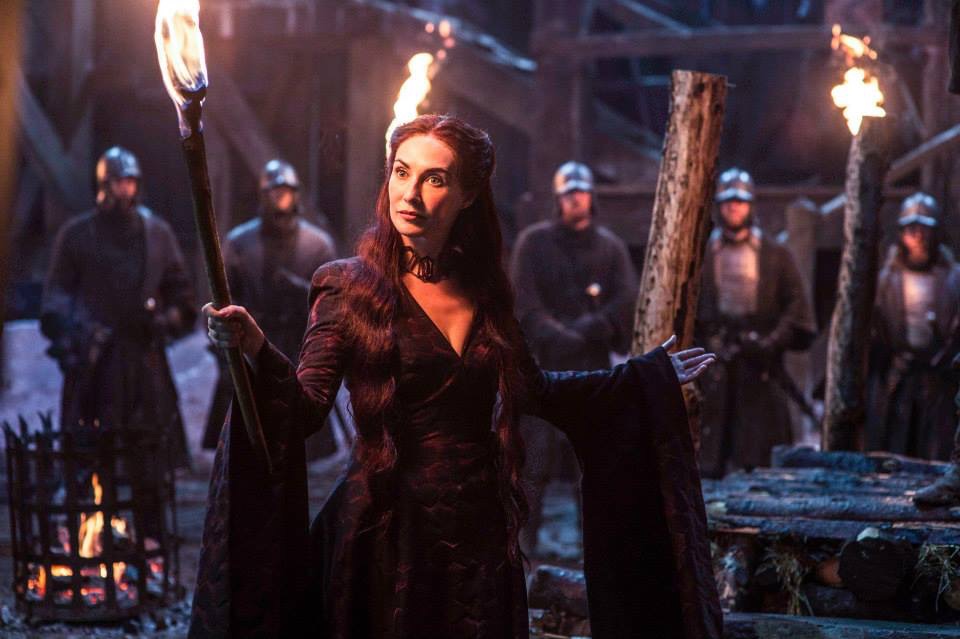 HOLLYWOOD—Spring has come, winter is coming, and “Game of Thrones” fans rejoice that once more, we may depart from the 21st century and pay a visit to the bloody, scheming, and riveting land of Westeros.

Following the dizzying slew of cliffhangers that defined the final moments of season 4, Sunday night’s season 5 premiere, “The Wars to Come,” unfolded, as the title would indicate, as a table-setter for the impending carnage and political intrigue that will seize The Realm.

The premiere offered a number of glimpses into the show’s vast array of storylines, affording fans brief reunions with characters we had heard nothing from since June of last year.

While we still know nothing of Arya, Brandon, and Rickon, we do know that Sansa Stark remains in the “loving” care of Littlefinger. As the eldest remaining Stark, Sansa is truly the key to The North, and is sure to be instrumental in whatever devious plot her caretaker has in store. The two are last pictured riding off to an unknown Western location, a place where Littlefinger claims that even the wrath of Queen Reagent Cersei Lannister cannot touch her.

Meanwhile, the Queen Reagent and Jamie Lannister are left to deal with the fallout of the death of their father, Lord Tywin Lannister. Though last night’s action offered little insight into what exactly that fallout will be, the episode’s opening scene afforded fans the show’s first-ever flashback, a thrilling encounter between a mysterious witch and a young Cersei.

The witch offers the belligerent young princess three visions of the future, two of which we already know to have come true. The first is that she would not marry the prince she was promised to. Instead, she will wed a king, a man who of course turns-out be Robert Baratheon. The second prediction is that her king will have 20 children and she will have three, all of whom will be her bastard children born of incest.

But it is the final revelation, that has fans across the globe hatching conspiracy theories, as the witch tells young Cersei that she will lose her power, something she already clearly covets, to a “younger, more beautiful” Queen.

However, before these conspiracy theories could be fully formulated, we are brought to the true meat of this episode. For while these fulfilling reunions were a relief, to be sure, the premiere was defined by a merging of plot-lines that we once thought distinct and separated by hundreds of leagues.

The first merge is one that has not yet occurred. Having murdered his former lover, Ché as well as his father, Lord Tywin, Tyrion has fled King’s Landing, smuggled in a crate across the Narrow Sea by “The Spider,” Lord Varys.

Initially appearing intent upon drinking himself to death, Tyrion is offered the opportunity to join-in on a secret plot that the “Master of Whispers” has been quietly working on with his “colleagues” for years: the re-birth of the Targaryen Dynasty by way of the coronation of Daenerys Targaryen as Queen of The Seven Kingdoms.

Having shared what must surely be his deepest secret, The Spider and The Imp appear to be on a collision course with Daenerys herself, a character who had previously been isolated from her counterparts across the Narrow Sea. The unlikely duo now plans to travel to the former slave city of Mereen, to help the “Mother of Dragons” seize the Iron Throne and bring order to her homeland.

While this meeting is sure to be a fascinating one, fans will enjoy more immediate fulfillment from amerging of storylines that occurred at the closing of season 4, when the siege of The Wall by Mance Rayder and his Wildling army came to an abrupt end at the hands of Stannis Baratheon and his mysterious Red Woman, the Lady Melisandre.

Having taken the “King Beyond the Wall” hostage, Stannis’ storyline is suddenly joined with that of Mance and John Snow, a twist that awkwardly wedges John smack-dab in the middle of the war for the Iron Throne.

Knowing of the previous relationship between John Snow and Mance Rayder, Stannis enlists the latter to convince the former to “bend the knee” and swear and oath of fealty to the usurping king, pledging his Wildling armies to the fight to overthrow the false Lannister regime.

Knowing this to be a fool’s errand, John Snow fails in a sincere plea to sway the Wildling leader, who honorably, but perhaps foolishly chooses death by fire in favor of bending the knee to a Southern king.

Strapped to a burning pyre, Mance’s screams of agony are cut-short by an arrow through the heart, a true shot plucked by our favorite bastard, who openly defies his king in favor of delivering a warrior’s death to a man he had grown to respect and admire.

Last night’s action closed with this dramatic sequence, leaving fans gasping in dismay when the closing credits came rolling in, as John Snow drops his longbow and walks away from the fiery scene. Having just witnessed the consequences of defying Stannis Baratheon, we are left to wonder just what will become of one of the show’s most beloved characters.

Previous seasons have told taught us that if nothing else, when it comes to “The Game of Thrones,” no protagonist is truly safe.