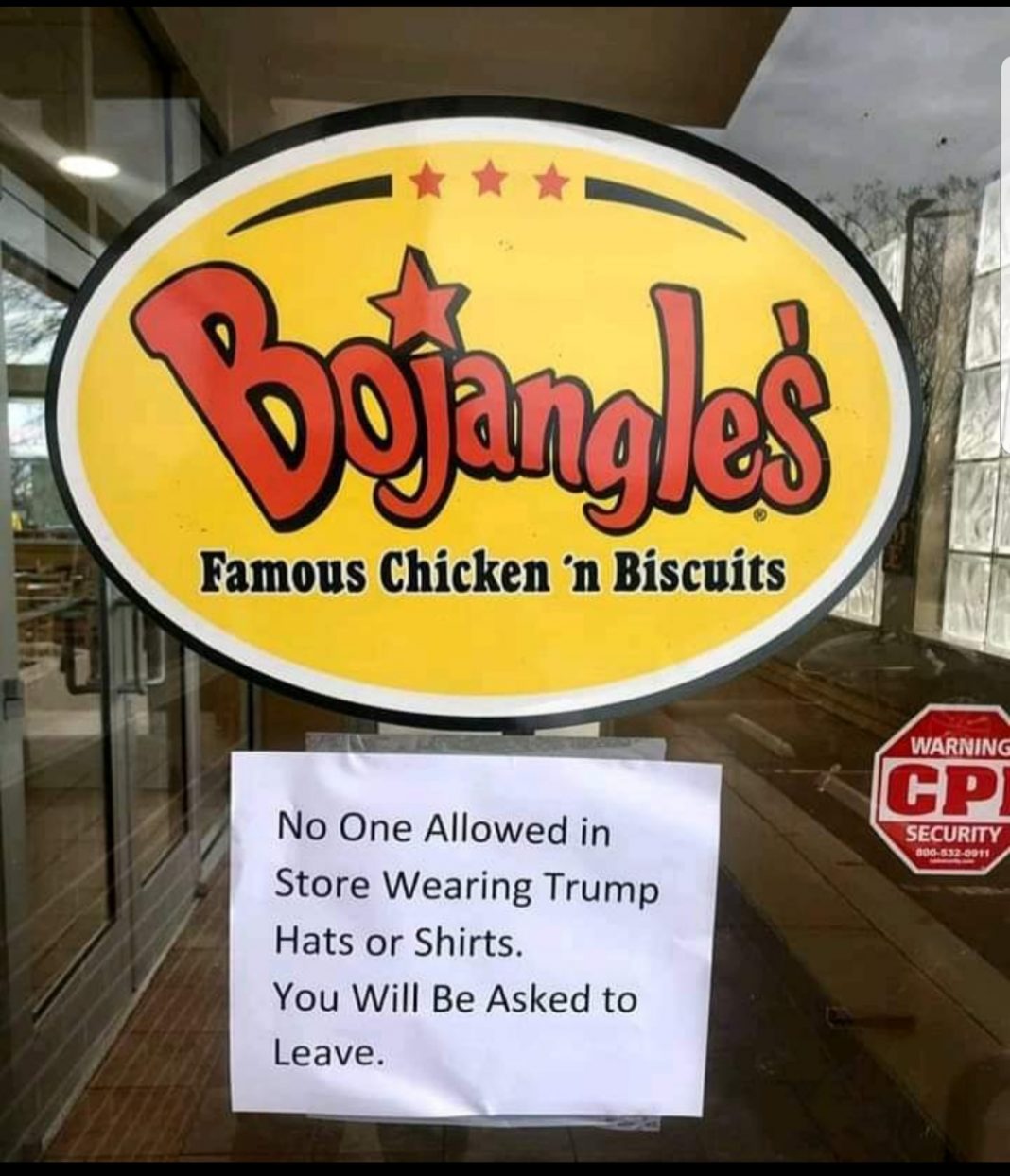 UNITED STATES−The management team at Bojangles,’ a fast-food restaurant issued a public apology via social media after an employee at a Charlotte, North Carolina establishment locked the doors and refused to serve supporters of President Donald Trump on Monday, March 2.

A rally was being held in the area at 7 p.m. at the Bojangles’ Coliseum, where news reports indicated that crowds started camping outside in tents to secure their place at the rally. The Coliseum holds over 9,600 people.

Michael Furick posted on Facebook, “Bo’ Jangles locked the door to the Trump rally last night and denied service. Ironic because the rally was at the Bojangles arena. @bojangles this is pretty distasteful. I walk up to the door and people have gathered around and stated they would not serve Trump supporters.”  In one photo, an employee appears to be waving at the customers on the sidewalk outside the restaurant.

BoJangles responded to the post stating that the manager, “Made a bad decision. We apologize.  That manager is no longer employed by Bo’Jangles.”  The apology referenced a sign that is shown on some of the social media posts that read, “No one allowed in-store wearing Trump hats and shirts saying that sign was ‘at a different store.’

“Bo’ Jangles wholeheartedly welcomes all guests to enjoy our southern food and hospitality.  This was an unfortunate incident that involved a manager who was overwhelmed by the large crowd and made a bad decision.  We’re sorry for any inconvenience this may have caused,” the company indicated in another statement.

The Division In The Country Looms

Adam And Sally Sleep Together On “Young And Restless!”