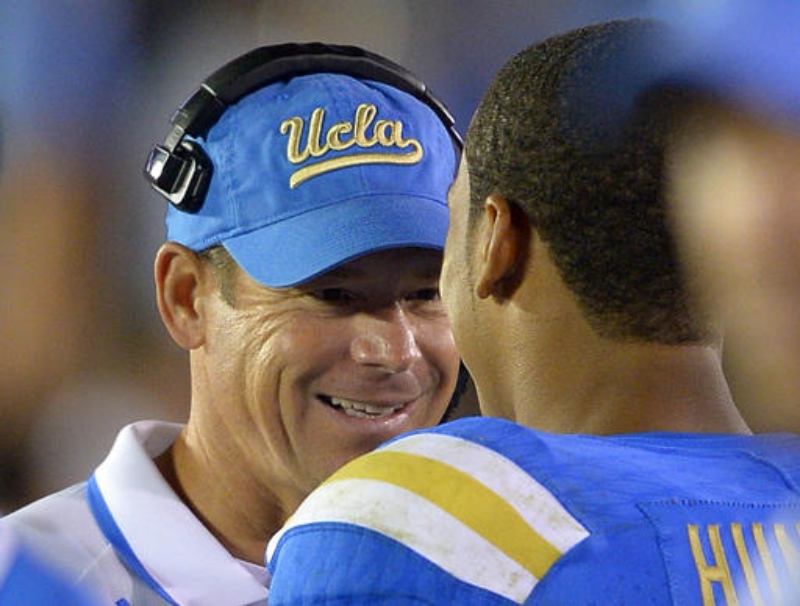 WESTWOOD—UCLA head football coach Jim Mora is willing to do whatever it takes to win games this season.

According to the fourth-year coach, he may start using a common high school football technique with his Bruins to maximize the talent of his best players.

Jim Mora said he could have 6-7 players going both ways this year, including Myles Jack, Ishmael Adams & Eddie Vanderdoes

Many of the six or seven players would likely have limited roles on their non-strong side of the ball, but it looks like Mora is wiling to give them the time on the field, regardless of how few reps they actually get.

If UCLA has success with this type of system, it could be pretty intriguing to future recruits who have grown up playing this way.

Stay tuned, Jim Mora could be starting a new trend in college football.