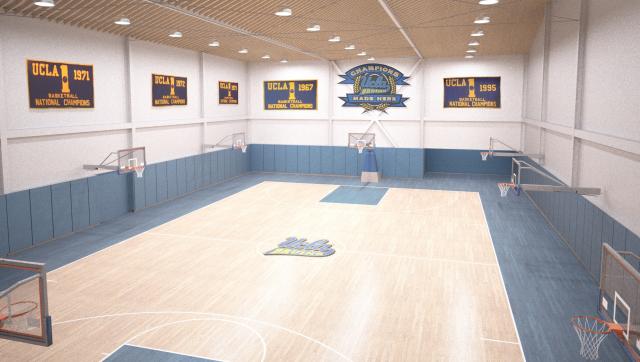 “Beginning today, this home of champions begins its transformation into one of the most impressive hubs of intercollegiate athletic facilities in America,” said Guerrero. “This corner of campus in a matter of months will house two state of the art athletic facilities.”

“There aren’t very many facilities that will rival these kind of facilities on any professional franchise or on any intercollegiate campus,” said Guerrero.

The state-of-the-art Mo Ostin Basketball Center will be located near Pauley Pavilion on the south end of the Los Angeles Tennis Center and will be approximately 35,000 gross square-feet.