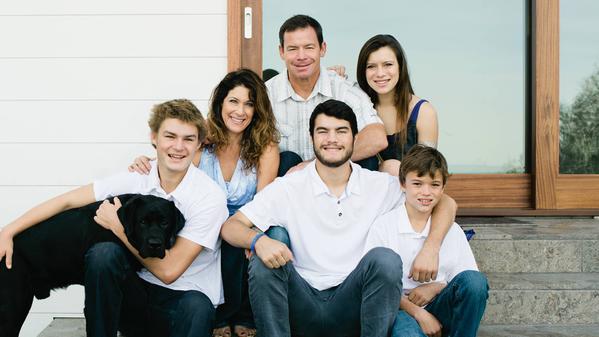 WESTWOOD—Fourth-year head football coach, Jim Mora, has already taken the UCLA program to new, modern-day heights and rightfully so, has been well rewarded financially because of it.

The UCLA Athletic Department announced Thursday, August 13, a major personal financial commitment from Mora and his wife Shannon. In honor of their generosity, UCLA will name the Coaches’ Outdoor Terrace of the Wasserman Football Center in their honor.

“We’ve seen Jim and Shannon touch the greater Los Angeles community in nearly every way conceivable through their Count on Me Family Foundation,” said Director of Athletics Dan Guerrero in a press release from the UCLA athletic department.

“Whether serving as ambassadors for Special Olympics, helping raise money for deserving children or now giving directly back to the Bruin community through this incredibly generous donation, the Moras’ impact on this program, and this community, extends well beyond the field of play.”

The Mora family’s donation is the largest-ever by an active head coach in UCLA history.

The fundraising has reached within $10 million of its overall goal for the facility, as announced in late 2013. Former UCLA and NFL Hall of Famer Troy Aikman donated $1 million toward the center in April and will have the strength and conditioning facility named in his honor.

In fall 2013, the UCLA Athletic Department announced a campaign to raise private funds for a comprehensive football training facility to be located on the west side of Spaulding Field, the practice field for the Bruin football team.

The school will break ground for the Wasserman Football Center on campus August 27.

Mora, whose 29-11 in three seasons at UCLA, has won more games in a three-year stretch than any Bruins coach. Despite annual rumors linking him to other jobs, it’s likely he’ll now be coaching at UCLA indefinitely.

“UCLA has provided an amazing platform for us to help young people, both within our program and out in the community,” said Mora in a press release from UCLA Athletics.

“We are honored to join all the supporters who have contributed to this project and hope that others will continue to invest in the program we’ve been building over the past three years. Both Shannon and I are committed to establishing a lasting legacy here in Westwood and are excited about what the future holds for UCLA Football.”