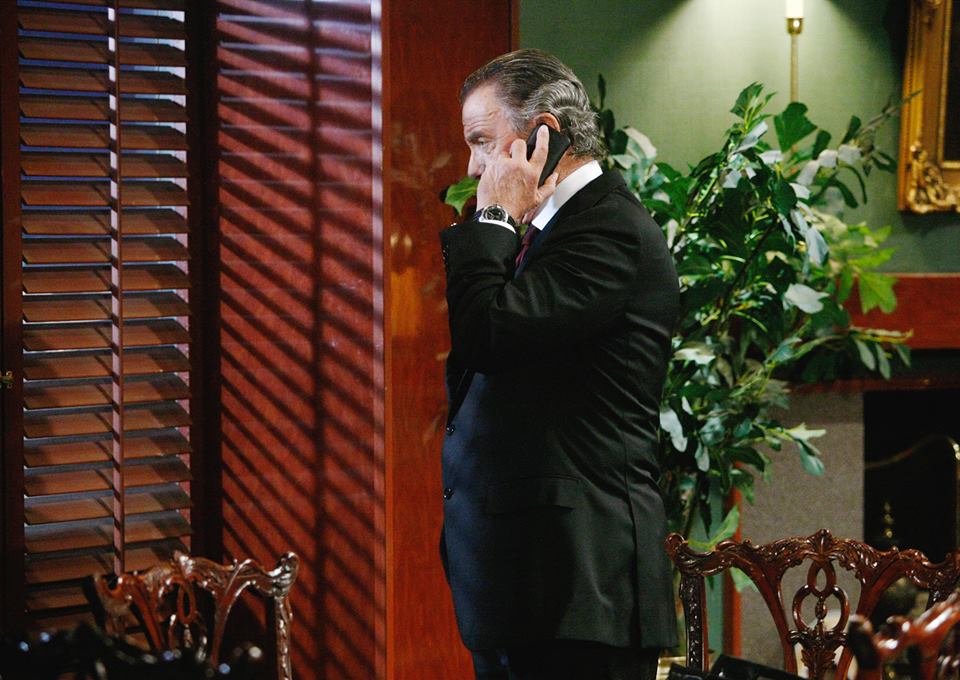 HOLLYWOOD—Just when one suspects that Victor Newman is down and out, this guy finds a way to roar back in ways one would never suspect on the CBS soap “The Young and the Restless.” Yes, I will admit I hate the fact that this filthy rich guy gets away with loads of things time and time again, but you have to give respect to someone who will not go down without one hell of a fight.

At long last, Victor Newman is having to pay for the sins of his past, particularly from formidable foe Phyllis who is determined to make him pay for having her sleep with Marco, a man who just so happened to look like her husband Jack Abbott. Yes people, there is a long rivalry between the Abbott family and the Newman family. To say that Victor and Jack despise one another would be the ultimate understatement.

As soon as the cuffs were placed on the patriarch courtesy of his daughter Victoria who finally took a stand against her father, he found a way to get himself out on bail. He thought all things would go his way courtesy of Judge Elise Moxley who was responsible for getting Adam Newman off. Well, Mrs. Moxley was fed up with Victor having leverage over her so did want any rational person would do: she held a press conference announcing her illicit love affair with the Newman titan.

While everyone in his family has abandoned him, Victor still has an ally in his granddaughter Summer who revealed that Natalie has been secretly working with Billy and Phyllis. This only ignites even more fire in Victor who screams to the wolves and has now placed Billy and Phyllis in a position to have to defend their actions to their significant others. Jack might still have to answer for his involvement in the murder of Kelly Andrews, who just so happens to be Ben’s sister.

Speaking of Ben, his and Abby’s happily ever after is turning into a complete nightmare courtesy of his son Max. I can sympathize with Max, a child being forced into a situation where he doesn’t get what he wants, he creates all sorts of trouble. Not only has he caused a rift in Ben and Abby’s relationship, he is putting loads of stress on Abby who is also pregnant. Something tells me Max will be the reason, Stitch and Abby split sending him right back into the arms of the woman he truly loves, Ashley. By the way, did I mention Ashley is Abby’s mother!

Ashley has a load on her hands dealing with vixen Hilary, who is allowing her true self to re-emerge to get the things that she wants. If only Ashley and Simon break the news that she has cancer it would solve all this unnecessary stress that the CEO of Jabot is grappling with. Where is Jack when his sister needs him most? Hilary’s latest stunt has Neil closing in on her tactics, while Devon watches helplessly to the fact that his wife is back to her old tricks yet again.

Victoria has been desperate to get her brother Nick to rejoin the family company as she’s taken on a bit more than she can chew, especially with their father on a roaring warpath. Nick is hesitant as he grapples with his and Sage’s decision to adopt a child. Jeez, if only those two knew that Sully is indeed their ‘dead’ son in disguise courtesy of Dr. Anderson. I’m still hoping this storyline explodes before May sweeps, but I suspect otherwise.

After constant betrayals, Victoria called Billy out on his antics and called the wedding off. Well people, I think we can finally make the argument that the love between Victoria and Billy is indeed over. So what does this mean? Expect to see Phyllis and Billy hook-up. The writers teased this possibility a few weeks back and I definitely can see it happening. Must say the chemistry between Jason Thompson and Gina Tognoni is palpable.

Victor is now in the slammer yet again, but with Michael by his side I am certain he’ll post bail sooner than later. It appears that Michael might have some tricks up his sleeve, he should be careful; Victor is not a man who takes betrayal lightly. Look how he responds to those who are blood relatives, imagine what he will do to a complete stranger.