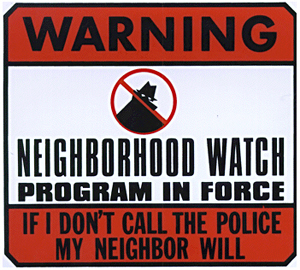 SHERMAN OAKS—Two felony suspects have been arrested in the City of Sherman Oaks, including a woman wanted on more than $120,000 in outstanding warrants, as a result of vigilant behavior by residents in neighborhood watch groups on Thursday, January 19. The other suspect was arrested on charges of burglary and motor vehicle theft.

According to community news releases from Senior Lead Officer Ron Carter of the LAPD Van Nuys Community Police Station, the first incident took place at around 1:25 p.m. in the 3600 block of Knobhill Drive when residents spotted a parked vehicle which they believed to be suspicious as it did not belong to any of their neighbors. The residents then quickly and safely obtained a description of the vehicle and the suspects in addition to a part of the license plate. They proceeded to call police, who quickly arrived at the location.

Officers spotted the vehicle and suspects as described by the residents and detained the suspects to inquire about their activities in the area.  After conducting an investigation, officers arrested the female passenger in the vehicle who was wanted for more than $120,000 in outstanding warrants for narcotics abuse and receiving stolen property. LAPD officers found the female, who had been living in her vehicle and was not from Southern California, had multiple blank checks from a local business that she did not own or represent. Calls made to the business owner revealed the checks had been stolen.

According to the LAPD, the suspects were loitering, preparing to drink alcohol, smoke narcotics and were “possibly” waiting for an opportunity to commit other crimes in the neighborhood.

The second incident where neighborhood watch groups sprung into action occurred in the southern Sherman Oaks area when a resident neighborhood watch member walking his dog in the 15000 block of Encanto Drive observed a male suspect who appeared to be trying door handles of parked cars in the area. After obtaining an “excellent” description of the suspect, including the last location where he was seen, the resident contacted police. A second resident in the neighborhood also reported seeing a similar suspect in the 3700 block of Sheridge Drive.

Officers responding to the calls traced a male suspect matching the resident’s descriptions to the 3600 block of Saugus Ave. where they stopped to investigate. The suspect was found to be in possession of a large number of credit cards and a California identification card not in his name. In addition, the suspect had a wallet that contained initials matching the cards found, sunglasses, eyeglasses, GPS systems, cell phone chargers and other items.

An LAPD investigation traced all of these items back to residents in the area who had reported them missing. The male suspect was booked for residential burglary including multiple charges for thefts and burglaries from motor vehicles.

In a statement, Carter applauded the actions of the Sherman Oaks residents.

“Once again, our neighborhood watch groups and residents in Southern Sherman Oaks demonstrate that they are taking back their communities by being the “Eyes and Ears” of Law-Enforcement,” Carter said.  “Your Los Angeles Police Department, Van Nuys Division Detectives and Senior Lead Officers applaud your strong participation in community policing at its finest. “