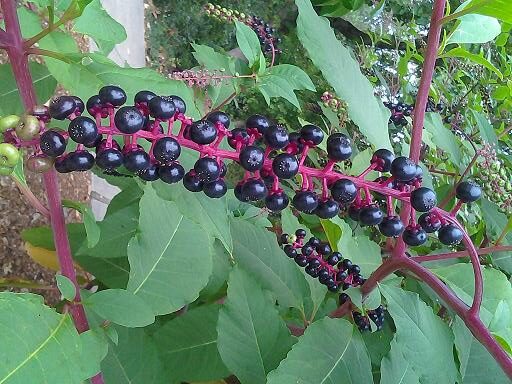 UNITED STATES-While it was busy naturalizing in Australia, South Africa and southern South America, the California poppy was getting forced out of parts of its own native range by more aggressive exotic plants that were also busy getting naturalized. Technically, any plant that is not native is exotic. Any exotic plant that becomes naturalized in a foreign environment is able to proliferate without any help, as if it were native. Naturalized exotic plants that get too aggressive become invasive weeds.

Weeds are plants where they are not wanted. This is a very broad definition that includes plants ranging from simple little dandelions in urban lawns to humongous bluegum eucalyptus in forests. Naturalized exotic weeds can be much more problematic than weeds that can only proliferate where they get watered in gardens and landscapes because they can get established where they are not expected.

Water hyacinth that clogs the Sacramento and San Joaquin River Delta is not often a problem in terrestrial landscapes. However, giant reed, pampas grass, Acacia dealbata and blackberry brambles can infest home gardens just as easily as they infest wild lands. Because they do not need to be watered, they can get established and grow quite large in unused parts of the garden before anyone notices.

Many naturalized weeds somehow seem too much more aggressive and problematic than even the most prolific of native plants. Even the common native lupines are relatively docile compared to annual oat grass. Native blackberry may seem impossible to eradicate, but is actually neither as persistent nor as unpleasant to handle as the exotic Siberian blackberry!

Young weeds are easiest to pull now while the soil is still evenly damp, and young roots are only beginning to disperse. They will be more difficult to pull after roots are dispersed and soil hardens. Tree weeds and large perennial weeds that were cut down last year instead of pulled will likely need to be dug. Bermuda grass is a relatively low perennial grass that always seems to be difficult to dig. Mowing or cutting down annual grass weeds with a weed whacker will not eliminate them, but limits the development and dispersion of seed for the next generation. Burclover, sowthistle, bindweed, purslane, spurge and the various oxalis are some of the other common weeds that really get going this time of year.

Even after so many pretty shades of yellow, red, pink and white have been developed, the natural orange of the native California poppy, Eschscholzia californica, is still the best. That is probably why they all eventually revert to orange after reseeding. Although native, they do not reseed everywhere, and actually seem to be more reliable in unrefined and un-amended areas of the garden than in rich soil with generous irrigation. However, a bit of watering can prolong sporadic bloom until autumn. Bloom otherwise ends before warm summer weather.

California poppy is grown as an annual because the perennial plants get tired rather quickly. They fortunately self sow prolifically. Flowers are typically about two inches wide, with four petals. The intricately lobed leaves are slightly bluish. Foliage is not much more than half a foot deep.