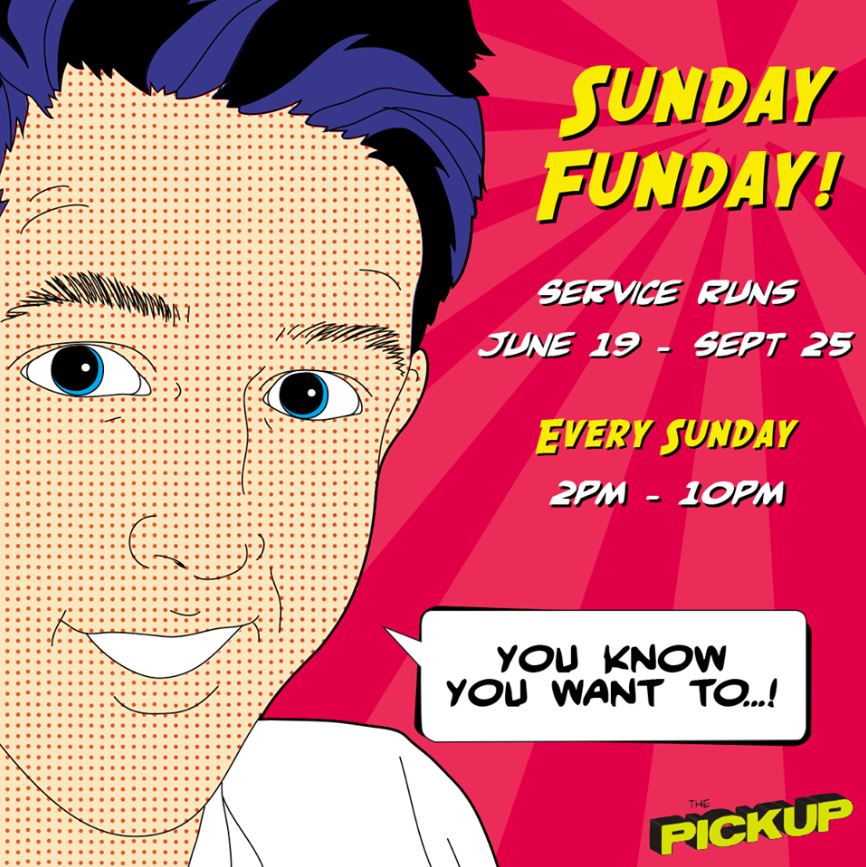 WEST HOLLYWOOD—Beginning Sunday, June 19 and running throug Sunday, September 25, West Hollywood’s free trolley will be giving rides from 2 p.m-10 p.m every Sunday, according to a press release from the city of West Hollywood.

“The PickUp is a fun and flirtatious way to reach a destination in the City of West Hollywood; it’s a cool and convenient alternative to driving, and it’s free,” says the press release.

This is shown through The PickUp’s social media pages on Facebook and Twitter. The PickUp has posted photos showcasing riders of their trolley and on Twitter it will communicate with the public when there are delays due to traffic.

The press release indicates that the trolley helps curb drunk driving, eases parking and reduces traffic congestion. Riders of The PickUp can also pick up a perk card that offers discounts and other perks through participating businesses.

Some of these perks that can be used through June 30 include priority entry at The Abbey, ½ off the first drink at Harlowe, and one free apetizer with an entrée at Hugo’s. Full perk information and information on The PickUp can be found at www.wehopickup.com.

The PickUp launched in August 2013 and according to a staff report from 2015 that Francisco Gomez from The Pickup sent Canyon News, the ridership averages 1,200 boardings each weekend.

Riders have taken interest in the success of The PickUp and have utilized social media to send comments and suggestions. The PickUp in return has been able to modify routes based on community feedback. Multiple surveys have been conducted to receive feedback from the WeHo community, stakeholders and drivers of The PickUp.

“Survey respondents often indicated that what they liked best about The PickUp as well as why they chose to ride was that the service was free and offered a friendly atmosphere,” said he 2015 staff report. “The third most popular response after free and friendly was to avoid drinking and driving.”

Anyone wanting additional information on The PickUp or Sunday Fundays can contact Francisco Gomez at (323) 848-6454 or at fgomez@weho.org.