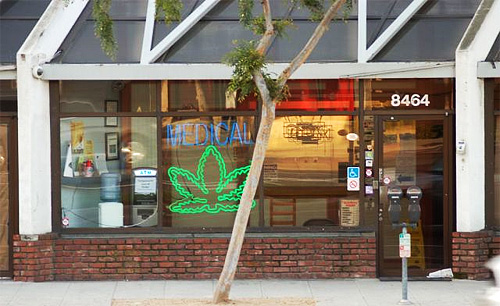 The other facilities were raided, but were allowed to remain open.  The reasons for the inconsistency are as yet unclear.

Both Alternative Herbal Health Services and Zen Healing declined to speak to the media.  LAPD personnel were involved in the raids, despite California law protecting medicinal marijuana, citing the supremacy of federal statute/regulation over local and state law.

While marijuana may be taken with a doctor’s prescription in the state of California, federal law still prohibits the sale and distribution of marijuana in the fifty contiguous states under its purview.  Medical marijuana dispensaries are a felony under federal law, and therefore can be closed without warning.