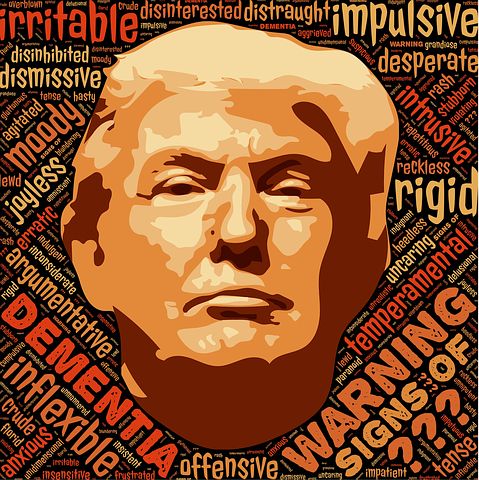 UNITED STATES—It doesn’t matter if you support President Trump or not.  Even a rudimentary understanding of our constitution regarding the peaceful transfer of power could stand in stark contrast to what could very well happen before, during and after November’s election. If we don’t plan ahead for the possibility of deliberately planted chaos, then our nation’s entire history of peaceful civility in accepting an election’s outcome could very possibly become irreversibly wounded.

Trump is laying the groundwork right now for fomenting upheaval.

He has already said that he’s not sure at this time whether or not he will accept the results.  This alone is a sucker punch to our election process.

He has already said that absentee ballots will be rigged, with outrageous comments about how some could be destroyed, others counted twice, non-citizens voting.  His imagined illegalities are only in his head, but his head is attached to the President of the United States.  This whole package has tremendous power to sway enough people to go along with his conspiracy theories and absurd claims of Fake News.

Will people take to the streets in protest of results they don’t like?  There were plenty of us who had to grit our teeth and accept George W Bush as our new president, even though Al Gore received half a million more votes. Millions did the same when Hillary Clinton received three million more votes than Trump.  The peaceful ceding to the final decision by Mr. Gore and Mrs. Clinton ensured a smooth transition even though it must have been supremely difficult to do so.  Could Mr. Trump exhibit such class?

In no way are we assured of the election outcome, despite a large lead by Joe Biden.  There is always the very real threat of foreign interference, drastically reduced polling places, millions of people deleted from the voter rolls, and attempts to tamper with allowing absentee voting.

And there is another cause for worry.  After witnessing what our government will do to thwart the peaceful protests of the people in Portland, what if Trump sends these unidentified storm troopers to sow unrest at election sites?

So who will be around the president to prevent him from directing scorched-earth retaliation?  Will it be the cabinet, the Joint Chiefs of Staff, his family, the Secret Service, the Supreme Court, the vice president – who?  Tremendous damage can be inflicted upon us between Election Day and the inauguration. Is it even possible to stop him wreaking potentially long-lasting harm to the United States? What if he refuses to leave the White House?  Who will forcibly remove him?  What if he issues an executive order?  Unless he is immediately stopped, the damage can be done before a decision could be made.  This would be the classic example of justice delayed amounting to justice denied.

There is one thing that those on either side of the aisle can agree upon: Mr. Trump will stop at nothing to get what he wants.  It stokes tremendous pride in his supporters and stark fear in his detractors.

But there is one thing that those on either side of the aisle must desperately agree upon:  We cannot let one man cause our centuries-long republic to be forever weakened by his alarmingly repressive predilections. Most Americans are hoping that Trump’s supporters will draw a line in the sand regarding our revered voting rights.  If he denies the results of an election he doesn’t like, we need his supporters to be able to offer continued support while also acknowledging his dangerous folly in disrupting the election process.

I read that when a friend makes a mistake, do you disown the friend or downplay the mistake?  Israel’s former Prime Minister Shimon Peres did neither when Reagan visited a cemetery in Bitburg, Germany where members of the Waffen SS were buried.

Instead he said, “When a friend makes a mistake, the friend remains a friend and the mistake remains a mistake.”

We can only hope that the grownups in Washington share this sentiment.