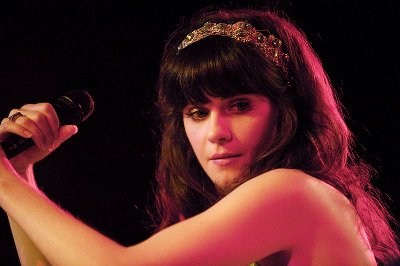 BEVERLY HILLS —Actress, model and musician Zooey Deschanel has filed a breach of contract lawsuit in Los Angeles County Superior Court against apparel maker Steve Madden, alleging that the retailer has used her name and likeness for a line of shoes and accessories without paying her the agreed upon compensation.

Deschanel’s deal with Steve Madden stipulated that the company, as well as Madden himself, could “affix [Deschanel’s] name to a brand of shoes and accessories and manufacture, advertise and sell Zooey shoes & accessories worldwide for a period of up to two years.” The agreement also stipulated that Deschanel would be personally available for 13 days for promotion of the line, including filming and press event appearances.

Deschanel’s contract originally called for her to be compensated $2 million plus royalties, but the two sides later restructured the contract for $1.5 million. Deschanel’s lawsuit claims that she was never paid either amount, and that no reason for the breach was ever given.