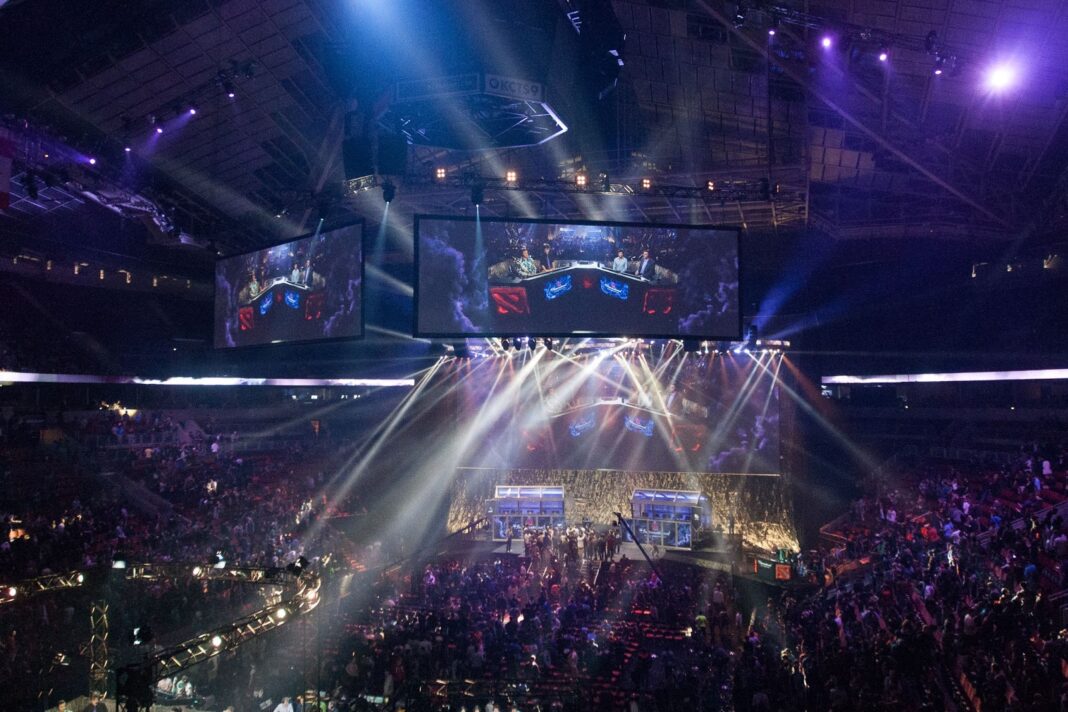 UNITED STATES—While professional eSports like Dota 2 might not be your first thought when you think of sunny Southern California, the region has an impressive eSports history and a thriving Dota 2 community.

Dubbed the “cultural capital of the gaming industry” by some, Los Angeles is at the center of the online gaming revolution. Despite this, the eSports industry around the world is continuing to grow and find its place and so the So. Cal Dota 2 scene remains somewhat fragmented and hard to place.

For that reason, we think that the best way to introduce the world of Dota 2 in Southern California to you is with 10 tidbits (that you probably didn’t know) about So. Cal Dota 2.

ESL (formerly known as the Electronic Sports League) is a professional eSports competition organizer and production company that hosts major Dota 2 tournaments every year around the world. Yes, just like golf and tennis, Dota 2 has majors but last year’s Los Angeles event had to be re-scheduled and replaced with an online competition due to the Coronavius pandemic.

You heard that right, the 15 teams that qualified from regional ESL competitions took home a share of $1,000,000 from competing at ESL One Los Angeles. The winning team, Virtus Pro, got the largest share of this prize which was set at $300,000. In the Dota 2 world, a $1,000,000 prize pool is nothing with teams competing at The International 10 in Stockholm this year set to win a share of $40,000,000 in prize money.

The International is the biggest event in the Dota calendar every year but despite this, the online ESL One LA event had the most viewers of any single Dota 2 tournament since The International 9 in 2019 which had 1.9 million viewers. Viewership peaked at 506,288 viewers on Twitch with many more viewers expected to have tuned in via Facebook and YouTube.

Although still relatively new, colleges do have eSports teams and yes, some players receive scholarships for their gaming ability. The biggest college Dota 2 league is known as the Star League and it includes teams from across the US. While the West region boasts 6 Californian teams, only two of these, the SDSU Aztecs and UC San Diego Triton Dota are from So. Cal. UC San Diego is currently ranked No. 7 in the West while SDSU is No. 11. The UC Davis Star Aggies sit at the top of the region.

Sean “Day[9]” Plott was born in Leawood, Kansas but attended Harvey Mudd in Claremont, California before earning a Master of Fine Arts in Interactive Media from the University of Southern California in Los Angeles. Plott may not be a household name but he has since gone on to co-host The International 7 as well as producing a weekly series called “Day[9] learns Dota 2 with Purge”.

Despite being legal in other countries and US states, it remains illegal to bet on Dota 2 in California

The professional eSports industry is estimated to be worth $1.5 to $2.5 billion and one of the reasons for the massive growth in revenue and fan engagement is the proliferation of Dota 2 betting around the world. For example, in Australia (which has a significantly smaller eSports infrastructure than the US) Dota 2 betting sites are becoming more popular than betting sites for more traditional sports. In fact, almost all online bookmakers in the country offer Dota 2 betting, while in California, state legislation makes this form of wagering online illegal.

Southern Californian Jimmy Ho, who remains the 12th most successful American Dota 2 player (in terms of career earnings), was banned from Valve competitions earlier this year. While exact details of his ban are unclear it relates to “misconduct at previous Dota 2 tournaments”. Ho is known for his high-risk high-reward gameplay and the term “Classic Jimmy” was coined for these situations when they go wrong.

The 26,000 square foot facility complete with 375 high-performance gaming PCs and consoles opened in Los Angeles during the summer of 2020 in Hawthorne. Localhost Los Angeles is used by high school and college eSports teams in the local area and it can host up to 120 teams plus hundreds of fans at a time. Localhost Los Angeles joins Localhost Huntington Beach as one of two Nerd Street Games facilities in Southern California.

Team Liquid has an 8,000-square-feet facility in Santa Monica

Winners of The International 7, Team Liquid has a state-of-the-art training facility located a couple of miles away from team dorms in Santa Monica which has a full kitchen, chef, and personalized meals. At this stage, the training facility hosts League of Legends and Counter-Strike players but the training rooms, offices, and production facilities can easily be converted to suit Dota 2 players.

Dota 2 was developed by Bellvue-based video game developer Valve Corporation but their major eSports rival, Riot Games which is responsible for creating League of Legends is based in West Los Angeles. Riot also makes Valorant, a popular alternative to CS:GO one of the eSports industry’s biggest games.