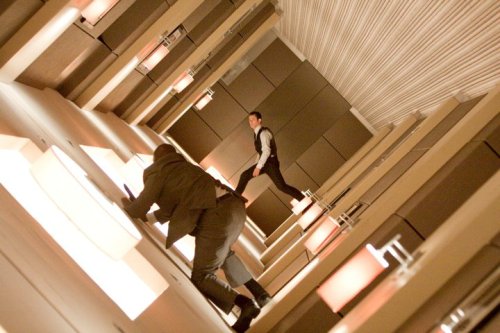 HOLLYWOOD—Looks like the competition for the industry’s top prize of winning the coveted Academy Award will come down to two films that have been crowd-pleasers.  “The Social Network” walked away with a total of three awards at the 16th Annual Critics Choice Awards, including Best Picture.  It’s the film to beat at the moment as awards season picks up momentum, but not to be left out is “The Fighter.”  The boxing tale starring Mark Wahlberg, in his finest performance to date, took home three awards including Best Acting Ensemble. Anyone who has seen the movie would have no argument with that victory. The performances from the entire cast are incredible.

The ceremony had a few odd moments throughout the telecast.  Some people were funny and others were not. The show opened with Hollywood action star and former California Governor, Arnold Schwarzenegger, who tried to get the audience to chuckle, but wasn’t that successful at doing so.  Ashton Kutcher also attempted to get in a few jokes, but it was all dead air. On the other hand, Joan Rivers and Sarah Silverman are comedic geniuses. So is Jimmy Kimmel who delivered the laughs while presenting the Humanitarian award to Matt Damon.

Christian Bale is likely on his way to his first ever Academy Award for his charismatic and riveting portrait of Dicky Eklund for “The Fighter.”  Bale took home the critics’ choice award for Best Supporting Actor, topping Geoffrey Rush for “The King’s Speech” and Jeremy Renner for “The Town.”  His co-star Melissa Leo won for Best Supporting Actress for her gut-wrenching performance as Alice Ward.  Leo was overcome with joy while taking the stage. While many are expecting both actors to walk away with a bevy of awards this season, things could take an interesting turn in the Best Supporting Actress category come Oscar night if Hailee Steinfeld continues to rave audiences with her performance in “True Grit.”

Everyone’s eyes were fixated on the nominees for Best Actress with Natalie Portman being victorious for her jaw-dropping portrayal of ballerina Nina Sayers in “Black Swan.”  She beat out Nicole Kidman “Rabbit Hole,” Jennifer Lawrence “Winter’s Bone,” Annette Bening “The Kids Are Alright” and Michelle Williams “Blue Valentine.”  I will admit Williams is the underdog that I’m rooting for. She’s a dark horse in this year’s awards race so don’t count her out. Colin Firth won for Best Actor for his portrayal in “The King’s Speech,” which is an excellent tale of overcoming the odds.

David Fincher won Best Director for “The Social Network.”  The film is oddly a huge departure for Fincher who is known for tackling much darker movies.  I’m still holding hope for David O. Russell for “The Fighter” and Christopher Nolan for “Inception,” two of my favorite movies of the year. Aaron Sorkin won for Best Screenplay for “The Social Network” and dedicated his award to Mark Zuckerberg the creator of Facebook in his speech; he’s definitely a class act.

“Inception” didn’t go home empty handed as the film won awards for Best Action Movie, Visual Effects, Cinematography, Sound, Art Direction and Editing. Predictably, the film is likely to dominate at the Academy Awards in all of those categories. So while the show is nowhere close to the excitement of the Golden Globes or Academy Awards, the critics’ choice awards is a nice start to a busy awards season.