WOODLAND HILLS—A 17-year-old boy was arrested after a fatal car crash that transpired on Friday, March 29 in Woodland Hills. The collision left one person dead and three other people injured.

The collision occurred about 10 p.m. near the intersection of Winnetka Avenue and the 20100 block of Ventura Boulevard. The teen was driving a black 2019 Mercedes-Benz C300 when he allegedly ran the red light after driving recklessly for several blocks. According to the Los Angeles Police Department, he hit the driver’s side door of a dark green Toyota Tacoma pickup. The car continued into traffic hitting a blue Lexus RX 400h and a silver Ford Expedition.

According to a press release from the LAPD, the driver of the Mercedes and his passenger were transported to Northridge Hospital after the incident. Two survivors of the crash were listed in serious condition, while the third individual sustained minor injuries the Los Angeles Fire Department reported.

Initial reports from witnesses indicated that two cars were racing down the street before the crash. Authorities have disproved these claims. 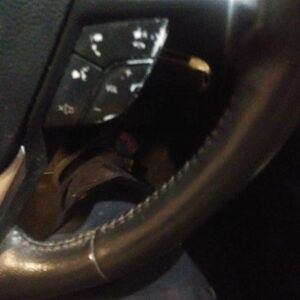 One of the victims Edgar Rolando Pinedo, 51, died at the scene noted Rudy Molano of the Los Angeles County Medical Examiner-Coroner. Pinedo was the driver of the Toyota Tacoma pickup truck.

The LAPD indicated in a statement that Pinedo was making a left turn at the intersection when the teenager slammed into his vehicle. Mr. Pinedo had a picture of a steering wheel as his profile picture on his Facebook account which he updated earlier this month.