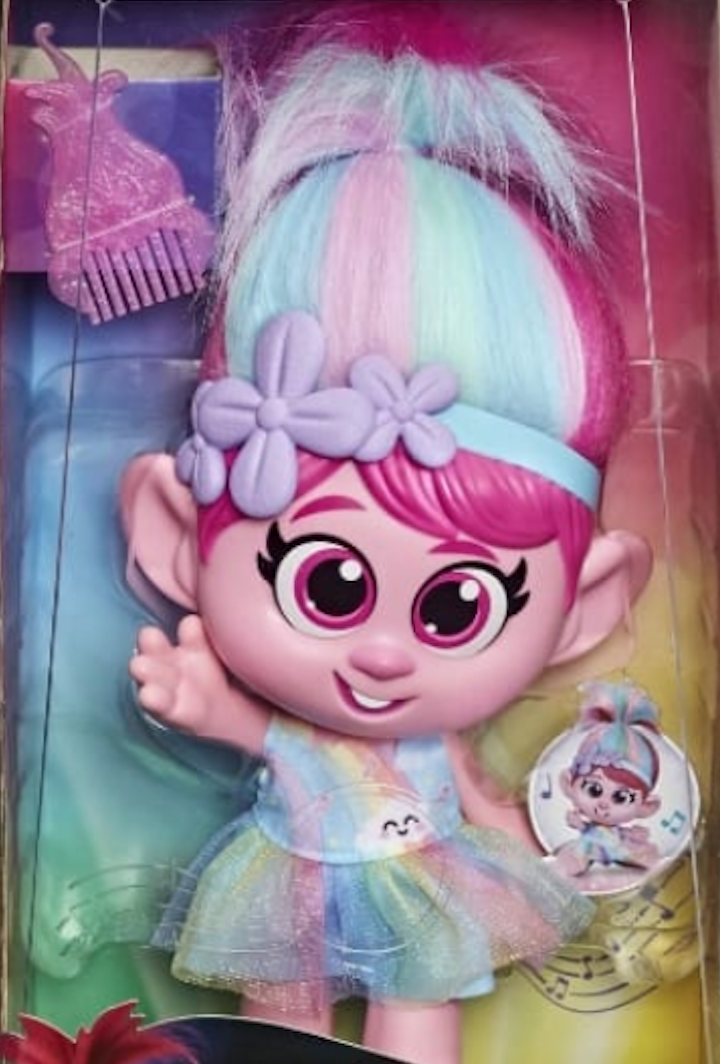 Mother and Instagram user, @redpillbabe recited commentary while showing viewers the toy that her daughter received as a gift for her second birthday. She pressed the doll’s stomach to play the sounds that her tummy makes including phrases like, “Today is going to be the best day ever!” and “Um, cupcake!” and then went on to show a button on her “privates” that make “gasping” and “sexual sounds.” Identifying the doll’s features, she said, “I find this disturbing” and raised a point that things are “thrown in our kids faces to groom them.”

The video that has 8,665 comments on Instagram was confirmed as “partly false” a day later (Aug 5) when Lead Stories claimed that there is “no evidence that the button is part of a secret strategy by the toymaker to prep kids for sex trafficking.”

“That’s a very wrong place to even have a button, idc who you are. That’s disturbing.”

“They knew what tf they were doing!!!! They are trying to desensitize the youth and groom that that it’s ok”

The product description can be found here where a section reads, “When you sit her down, she makes other funny sounds, too!” and mentions that the child doll has a rainbow dress that “comes off so kids can put it back on for dress-up fun.”

“This feature was designed to react when the doll was seated, but we recognize the placement of the sensor may be perceived as inappropriate. This was not intentional and we are happy to provide consumers with a replacement Poppy doll of similar value through our Consumer Care team.”

Reports say Hasbro will be “discontinuing production of the troll because of the controversy.”

A Facebook user posted August 5 that the doll is still for sale at Walmart. 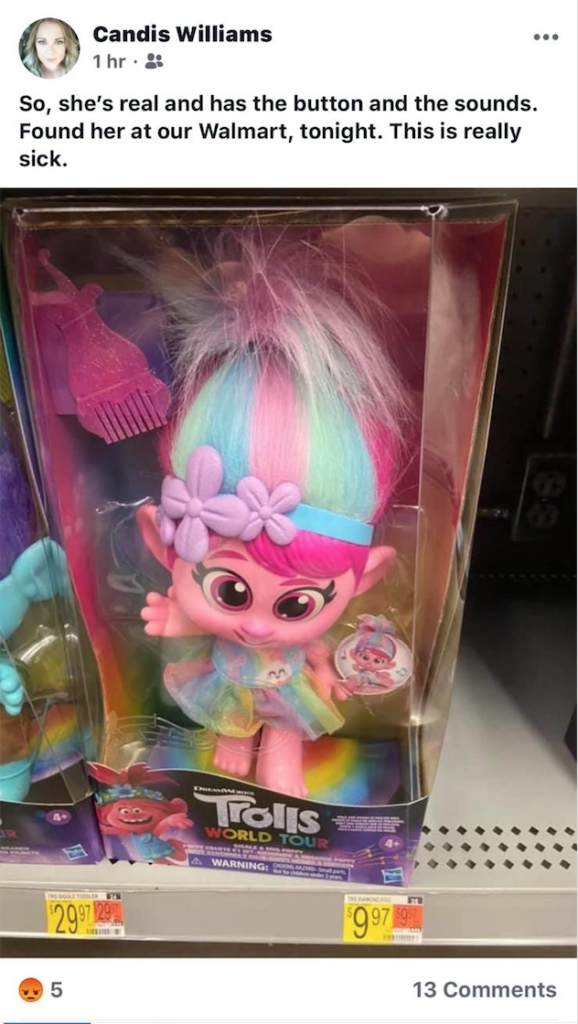