According to the ACLU and the ACLU Foundation of California, “The IRC is holding abysmal conditions of confinement violating decades of court orders.”

The IRC is one of the largest jail intake facilities in the world holding between 15,000-25,000 inmates. All inmates for Los Angeles County are filtered through IRC before permanent placement is made for them. This is an hour-long process. Former inmates indicated in reviews that the intake process could take up to 10 hours before they are assigned a cell. 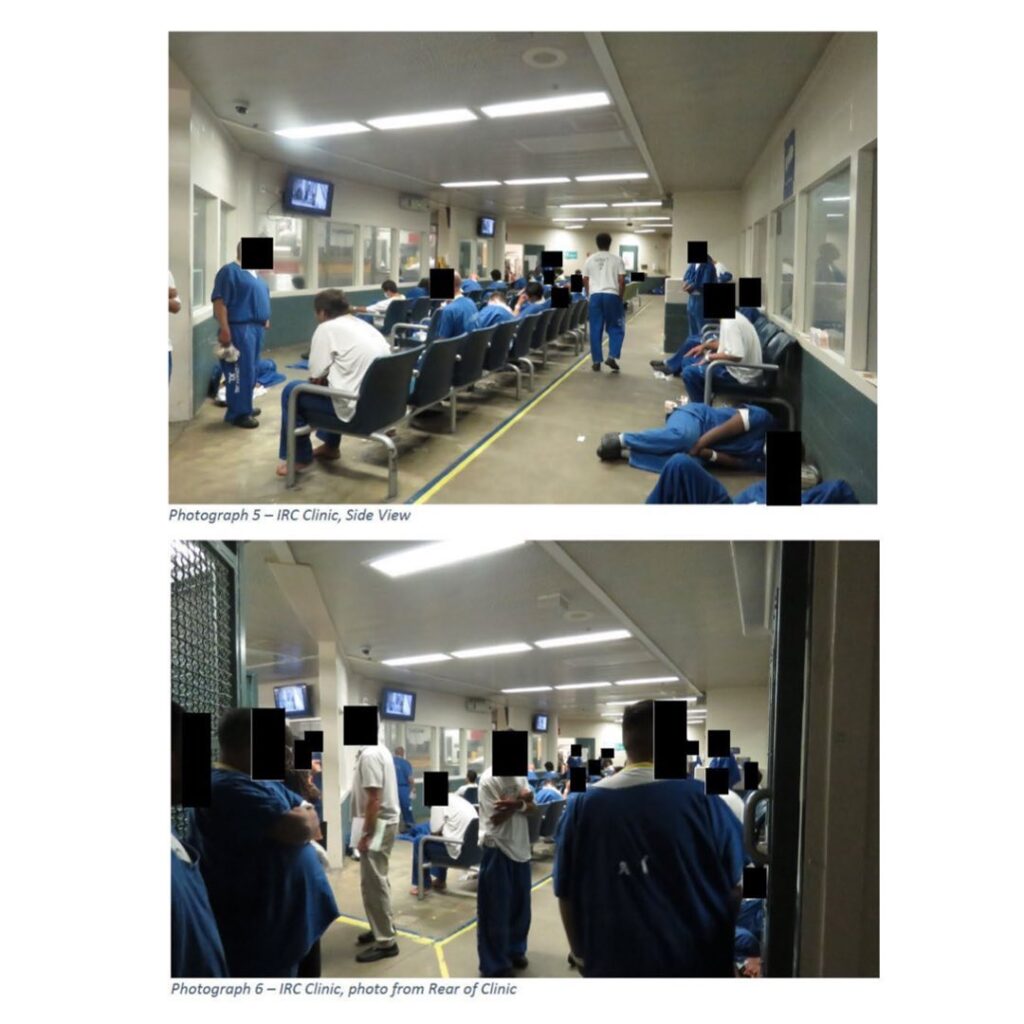 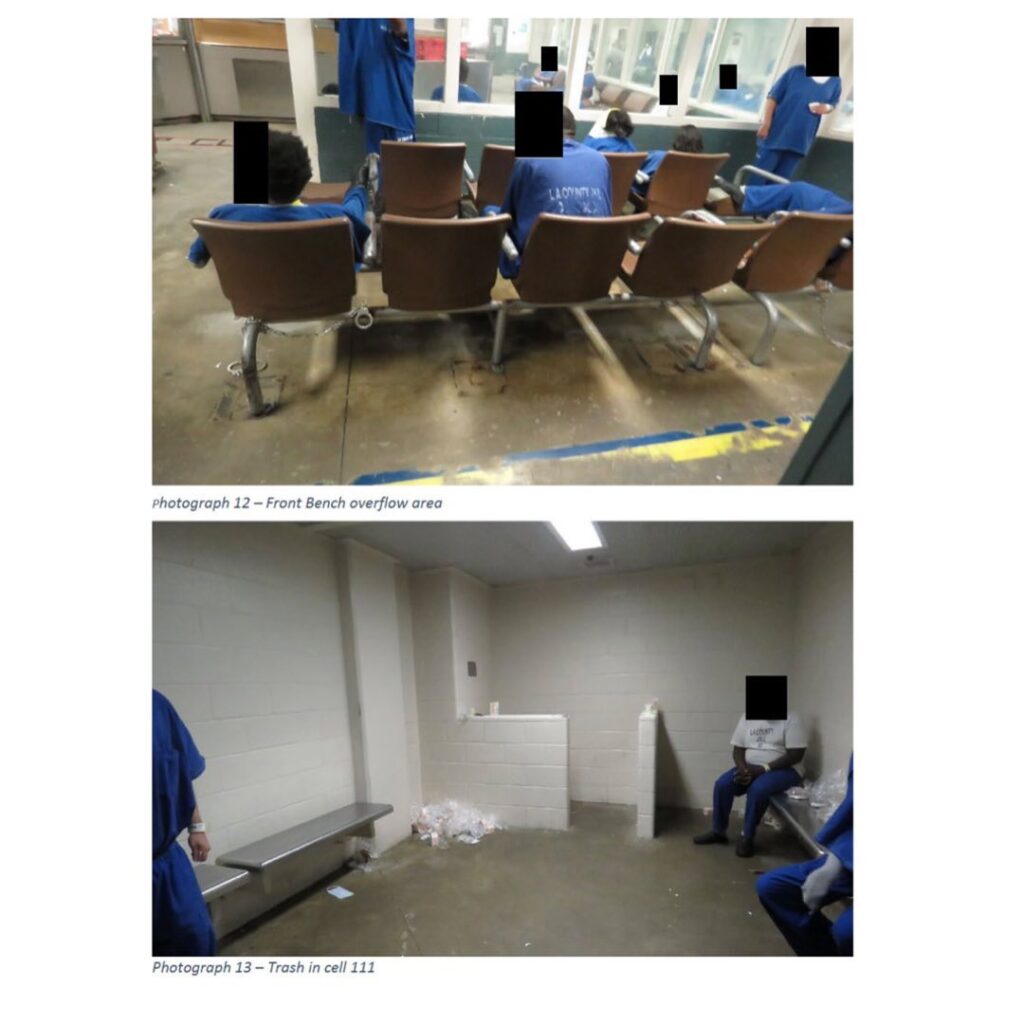 The ACLU cited overflowing toilets, inmates defecating in trashcans and open containers and urine on the floor. Inmates did not have access to clean drinking water and did not have adequate food or healthcare.

Food options included peanut butter and jelly and burritos, which the ACLU found unacceptable for diabetics and people with peanut allergies.

Inmates were crammed into small cells sleeping on cement floors, head to foot.  Some were handcuffed to chairs for days, sleeping while sitting up.

Some of the inmates are mentally ill. The ACLU talked about Jhean Banos, who had been diagnosed with schizophrenia. His mother, Celia Banos, complained, “my son’s mental illness is not a crime.” She indicated that instead of helping him get the treatment he needed, “the county locked him up without his medication.”

Jhean had cuts dug deep into his wrists, which the ACLU report noted likely resulted from being cuffed for 99 hours.

Another man, 72, was found unresponsive after not receiving the proper care and later died.

Someone tipped the staff that the ACLU was coming to inspect the grounds. One of the inmates wrote it was the cleanest the jail had ever been.

“For almost 50 years the jail has been under court oversight to provide the most basic minimum standards of sanitation, healthcare, and human decency to people detained there. Enough is enough,” Kendrick stated.