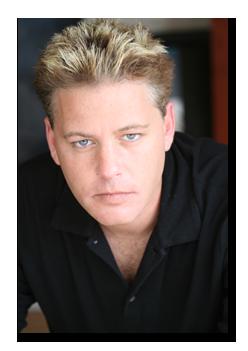 HOLLYWOOD—A part of the ’80s died on Wednesday, when former teen star Corey Haim was declared dead. Haim reportedly died after suffering complications from either an accidental drug overdose, an illness or a combination thereof.

Haim, 38, was known for his proliferate acting career in the 1980s. More recently, he was involved with an A&E reality show which sought to cover his life and the life of his friend Corey Feldman. The two, who made up one of the most famous Hollywood youth duos, were often associated with one another.

A friend running Haim’s Web site confirmed the star’s passing on Wednesday, posting a mournful announcement of the actor’s death: “It is with heavy heart that I report that Corey Ian Haim has passed away today.” Some of Haim’s friends on MySpace responded to news of Haim’s passing, with fond remembrances of his roles in “Lost Boys” and “Dream a Little Dream.” Haim had 5,377 followers on the popular social networking site.

Haim was born in Toronto on December 23, 1971, and began to work steadily as an actor in 1984. He first acted in 1982 in Canada, on “The Edison Twins.” On-screen, he quickly gained wide followings and winning acclaim for his roles in “Lucas” and “The Lost Boys.” In the latter, he worked with longtime friend Corey Feldman.

Despite a troubled existence, marked by drug abuse and heavy partying, Haim did work on at least one production each year from 1984 through 1998. Work was more sparse for Haim in the 2000s, though he did work on four different productions in 2009. His last completed projects were “American Sunset” and “New Terminal Hotel.” The 2010 film “Decisions,” in which Haim played Detective Lou Andreas, is currently listed as being in post-production on IMDB.

At the time of his death, Haim was involved in seven different productions slated for 2010 releases, in addition to a rumored role in the film “The Pick Up.”

One shocked longtime fan said of his passing, “It was horrible when the news broke; he just enjoyed the excesses of the ’80s, maybe too much, but we were all expecting him to enjoy a full comeback… he really was on his way. Rest in peace, Corey, and find some comfort up there.”

The evening of his death, Haim’s close friend Corey Feldman spoke to Larry King about his friend’s demons. “We are aware of the fact that Corey Haim has a long and detailed drug history and battled addiction for many, many years. I know it better than anybody… I’ve been the guy trying to make him stand up or say a complete sentence. I’ve been through it with him many, many times, and it’s happened very badly and very intensely through the years.” Feldman was grateful for those who began to speak fondly of Haim, but balked at the lack of support Haim received in the years between his decline and his death.

Earlier in the day, Feldman blogged about the heartbreaking events which led to the news: “I was awakened at 8:30 this morning by my brother and sister knocking on my bedroom door. They informed me of the loss of my brother Corey Haim. My eyes weren’t even open all the way when the tears started streaming down my face. I am so sorry for Corey, his mother Judy, his family, my family, all of our fans, and of course my son, who I will have to find a way to explain this to when he gets home from school.”

Feldman shared further that “This is a tragic loss of a wonderful, beautiful, tormented soul, who will always be my brother, family and best friend. We must all take this as a lesson in how we treat the people we share this world with while they are still here to make a difference.” Feldman added his desire that his family and Haim’s family are given respect “as we struggle and grieve through this difficult time. I hope the art Corey has left behind will be remembered as the passion of that for which he truly lived.”

According to his official biography, Haim enjoyed “participating in billiards, snowboarding, frisbee and other fun outdoor athletics like baseball, tennis and golf, and acrylic painting.” He was also an award-winning golf player, having scored top honors in 2000’s LAPD Gold Tournament, and was a noted artist. His Web site’s official biography does quietly gloss over Haim’s troubled years, battling drug addiction, struggling for juicy film roles and filing for bankruptcy just over one decade ago.

Haim was single at the time of his death, a marital status which his Web site said he was “thrilled and completely cool about.”