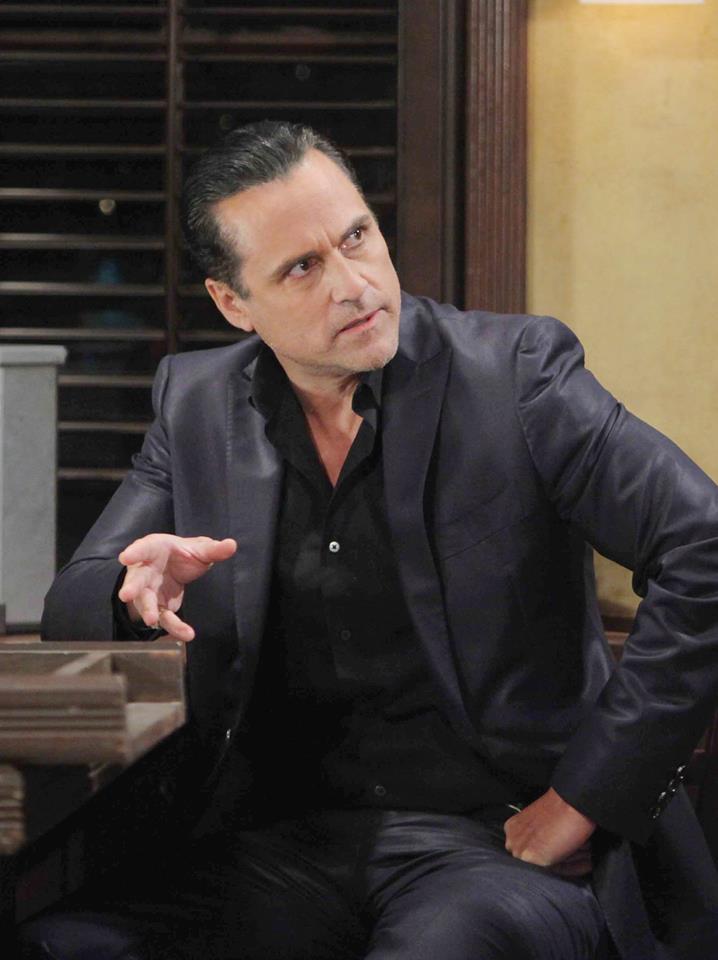 HOLLYWOOD—Is it me or is the year 2014 moving way too fast? It just seemed like a week or two we were discussing February sweeps, well less than three weâ€™ll be talking about May sweeps, which I will admit tends to deliver in epic proportions. â€œ

General Hospitalâ€ has been in a tizzy the past few weeks with so many faces leaving and coming to Port Charles left and right. Robin is off to save her BFF and former lover Jason, whom the audience has yet to see.

Rumor has it that â€œYoung and Restlessâ€ star Billy Miller could be taking over the role. I must admit many faces from â€œY&Râ€ have showed up in Port Charles and things are clicking quite well I must say. If the powers that be at â€œGHâ€ make the right moves the return of Robin and Jason could create quite the friction for many residents whose lives will be shattered not to mention Carly, Sam, Sonny and Michael to say the least.

A face from the past rocked the world of both T.J. and Shawn, who were caught off guard by the sudden reappearance of Jordan, T.J. mother. She has been off the canvas for way too long, so her return can only mean one thing: pawns will continue to be used in the war between Julian Jerome and Sonny Corinthos. It appears Sonny may have committed the cardinal sin by shooting A.J. because heâ€™s now DEAD!

Yes, the guy who has been a sworn enemy to the mobster for years died from his injuries, leaving Michael in a whirlwind and placing Carly in a tough spot: she knows Sonny was responsible. Oh, this plays so well into Ava Jeromeâ€™s plan to protect her secret of killing Connie, but hell will be unleashed when the truth about Connieâ€™s murder comes to light and it will happen in due time. The one thing that likely has fans on edge is rather mobster Sonny will finally face the time of day for all the crimes heâ€™s committed.  This is one death that is certain to rock many of the citizens of Port Charles, and when Michael learns the truth it will be an all out war between father and â€˜son.â€™

A.J.â€™s death is already ushering in the return of Ned (Wally Kurth), who has been away from Port Charles way too long.  Iâ€™m sure his stint in â€œPCâ€ wonâ€™t be short especially once he discovers that his mother Tracy intends to tie the knot with Luke. The audience knows Luke hasnâ€™t been his self lately and was revealed to be the monetary donor to Julian Jeromeâ€™s attempt to take down Sonny. Heck, I thought the entire time it was Ric Lansing who came to town on a whim. Oh Ric has a connection to Julian, the audience just hasnâ€™t figured out what that is just yet, but slowly we will learn.

At the forefront of the drama is Dr. Obrecht up to her shenanigans once again. Damn does this woman ever learn! Not only was she responsible for Robinâ€™s disappearance for nearly two years, but she stole Dante and Luluâ€™s embryo and implanted it into her daughter. That mother daughter duo is definitely some schemers to say the least. To see the wicked Britt get away with her crimes once again is a travesty, but rest assured Nikolas is sure to make her feel his wrath.

Letâ€™s just hope that doesnâ€™t place Elizabeth in any danger because Obrecht is holding her hostage in her home with baby Ben. Could this be the decisive thing that lands Obrecht behind bars once and for all? Probably not, it appears she is harboring quite a bit of secrets about all things mysterious in Port Charles. I wonder what bombshell sheâ€™ll divulge this time around to slip through the cracks. It has to be a dozy to say the least.

Rounding out all the craziness in this town is the mystery surrounding who was responsible to drugging Silasâ€™ wife Nina.  While itâ€™s been revealed that Nina is dead, I have every reason to suspect that Madeleine is indeed keeping a whopper of a secret from not just Silas, but her own son Nathan. Just what could that be, perhaps a very much Nina is alive or maybe she played a role in her daughterâ€™s death.

April has just begun and the drama is already heated. I can only imagine the explosions set to arrive for the month of May. ”