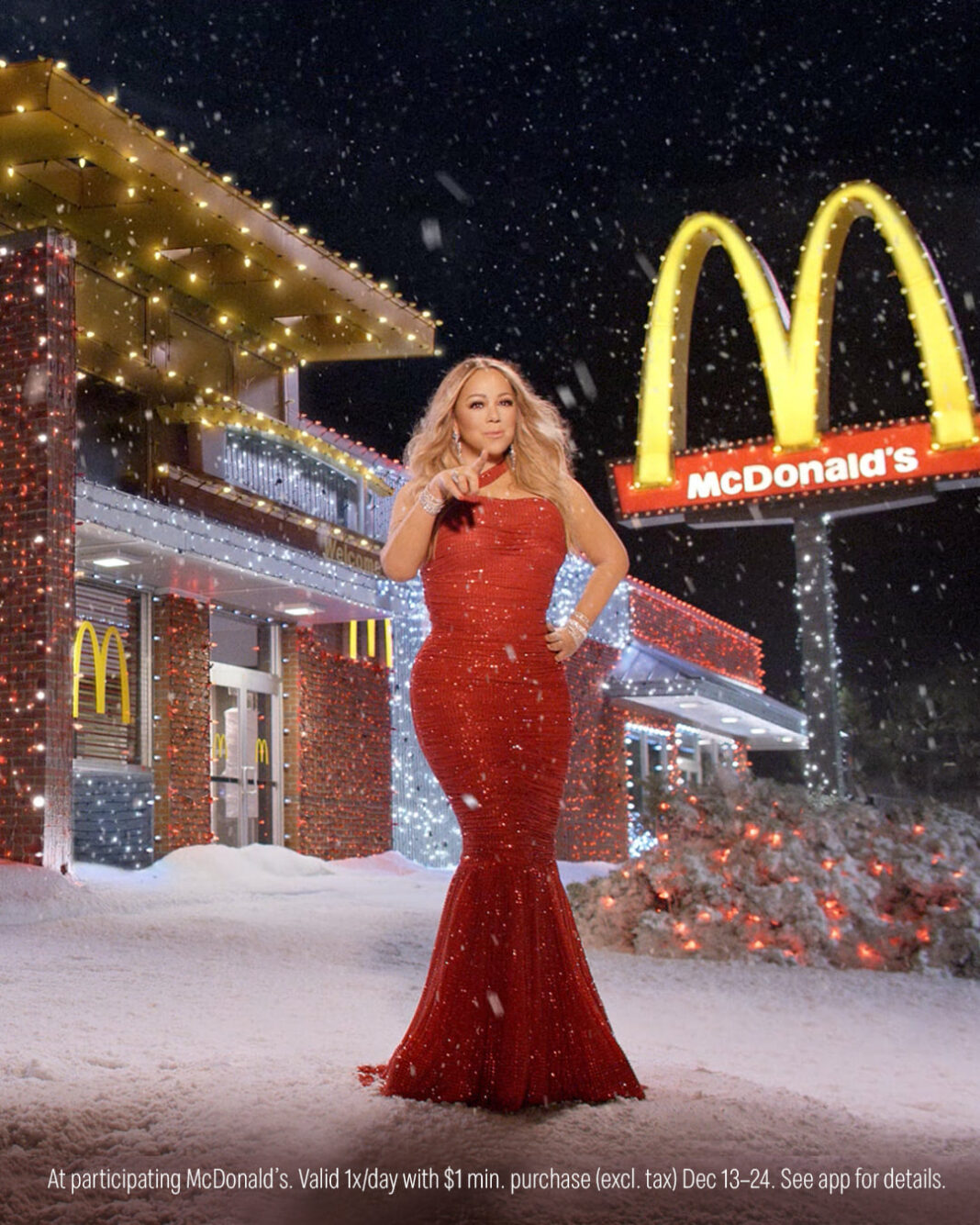 HOLLYWOOD—Mariah Carey’s, “All I Want for Christmas is You” reclaims the crown on the Billboard Global 200 following four weeks atop the last holiday season, while Adele’s “Easy on Me” scores a seventh week at No.1 on the Billboard Global US chart. The 1994 modern holiday season, always tops the charts around the holidays. Let’s look at the massive fortune she rakes in every she year from the Christmas song.

The song is reported to have taken 15 minutes to compose, not bad. According to published reports, the singer receives anywhere from $600,000-$1 million, every December from just this hit alone. The song grossed over $60 million between 1994-2016, averaging $2.6 million per year, according to The Economist.  She truly deserves every penny, since she co-wrote and co-produced it with Walter Afanasieff for her fourth studio album and first holiday album, Merry Christmas 1994.

Carey, now 52, penned the song when she was 24, in 1994. The song has been so successful, that many artists have covered it. It’s worth noting the numbers are rough numbers based solely on the spike it gets during the holidays. Meanwhile, in an age of streaming, MRC Data, which tracks music analytics, suggests that Carey gets a whole new revenue stream out of “All I Want for Christmas is You.” It had 11.2 million U.S. streams, 8.2 million radio airplay audience impressions and 2,700 sold in the tracking week of November 12-18. Apple says that it pays an average play rate of $0.01, while Spotify boasts that artists are paid up to two-thirds of every dollar they make from music streaming.

If her current streaming rates continue to increase as they have, estimates indicate that Carey could be making close to $2 million from streaming it every year. However, because it’s unclear how much of her streaming revenue is separate from her royalties, one has to stop short of combining the two numbers. Regardless, one thing is clear, Carey takes home millions of dollars every Christmas season solely from one song. Add onto that the fact that she’s been a working No. 1 artist in the last 27 years since the song came out, and it’s pretty clear that the singer is sitting very pretty on a pile of cash that’s sure to give her and her loved ones a very Merry Christmas every year.

With all this good fortune Mariah decided to give back to her fans. On December 13, the Grammy-winning singer gave fans of the Golden Arches a real treat: free Big Macs. This is just the first free item offered on McDonald’s Mariah Menu, which launched on Monday. It offers customers who spend $1 or more on the McDonald’s app 12 days of Carey’s favorite menu items for free-from the classic cheeseburger and Big Mac to soft-baked chocolate chip cookies and McDonald’s signature baked apple pie.

Mariah actually tweeted, “My menu drops today!” “I left you 12 days of presents in the McDonald’s app.” To access each deal, customers can simply download the McDonald’s and visit the deals section to add to their order. The promotion runs from now until Christmas Eve. McDonald’s first revealed the Mariah menu back in November.

Rose’s Scoop: Congratulations to Kim Kardashian for passing the Californian law exam, she’s an inch closer to becoming a fully-fledged lawyer in the state. It’s not easy, however, the 41-year-old did it! She failed the exam three times in two years, but she knew that she had to get up and try again. So she studied harder and tried again until she succeeded.