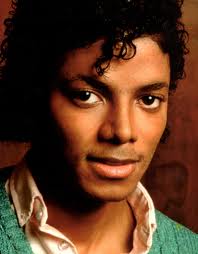 WESTWOOD—In June 2009, world-famous pop singer Michael Jackson was declared dead soon upon his arrival at UCLA Medical Center. Jackson was picked up from his Holmby Hills home after a 911 call was placed. Jackson was found, after having had a lethal dose of drugs administered to his person.

Ever since his passing, fans have been searching for one more way to remember, understand and relate to him.

This month, a recording came to light which was claimed to have been the last recording pertaining to Jackson before his death. The Sun credited the recording as being real, which many wondered if it was indeed a recording of the sought-after 911 call. By February 24, however, the Los Angeles Fire Department confirmed that the recording was in fact a fake, and not a real copy of the conversation fire department officials had with the 911 caller.

On February 24, the LAFD released a statement on the tapes: “The audio recording that first appeared in the UK tabloid ‘The Sun’… has been determined NOT to be the voice of any member of the Los Angeles Fire Department.”

LAFD officials confirmed that the actual emergency official who spoke with the caller “…has confirmed to LAFD Administration that the voice is not his. Also, the Fire Department has determined that the recorded conversation is NOT the standard protocol or established practice for information or discussion between LAFD personnel and Base Hospital staff when handling a medical emergency.”

Jackson’s former personal physician, Dr. Conrad Murray, has been speaking with authorities in recent days over his connection to Jackson.