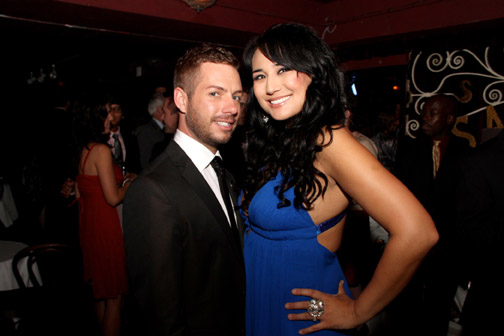 HOLLYWOOD—Anne Fraser Thomas may have received her training at the University of California, Irvine as a Drama major with a Musical Theatre emphasis and graduated from the American Academy of Dramatic Arts, but talent like hers is God given. And anyone who attended her recent engagement at Hollywood’s now famous Cabaret at the Castle would most likely agree. Although the young Ms. Fraser-Thomas isn’t able to boast the experience or stage credits of many of the Castle’s most recent Cabaret icons and legends, such as Carol Channing, Florence Henderson, JoAnne Worley or Lee Roy Reams to name but a few, she holds her own with a repertoire that included Broadway, pop and a little homespun melody, there was something for everyone.

Some of the respected guests at her recent event had praise for Thomas. “Amazing evening! We had a blast, she is a tremendous talent!” – Cathy Silvers. While Julie Garnye tells Canyon News, “Anne Fraser Thomas absolutely blew me away the other night! That girl can sing anything.”

The Magic Castle is the world’s most famous private club for magicians and magic enthusiasts and home to The Academy of Magical Arts, Inc.