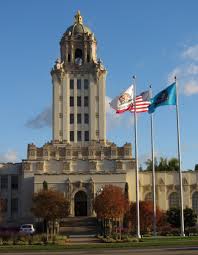 BEVERLY HILLS—On Sunday, June 6, the Beverly Hills City Council, led by the city’s Chief Financial Officer Dr. Scott Miller, approved and released the annual municipal budget for the 2010/11 Fiscal Year. The current global economic recession played a significant role, along with community outreach meetings and city council sessions, in determining how to fill the $9 million gap within the General Fund.  While this may be seen as a conservative budget as noted from the council’s press release, the city intends to maintain many crucial programs and services for its citizens. The final approved budget looks to show Beverly Hills’ financial stability during uncertain economic times.

The final numbers were achieved after seven months of planning, which included a series of community outreach sessions along with City Council meetings that gave a chance for members of the community to voice their questions, opinions and concerns. In addition to the meetings, the city also cut its operational spending, adding to the $18 million they have already reduced from their operational expenses last year.

Residents who spoke with the Canyon News generally understand and agree with the outcome of the budget, though some are skeptical of some of the impacts of the budget reduction, such as the furlough days as well as the reduction of certain park maintenance and recreation programs.

While the core police and fire department services were left untouched, all other city departments have had to undergo cuts in order to balance the budget, working to meet the needed $9 million. Both strategies to increase revenue and reduce services have been introduced and include closing the library during holiday weekends, reducing staffing positions, park maintenance, holiday decorations, as well as increasing revenue by introducing higher rates for building permits, late utility fees and implementing a car impound lot.