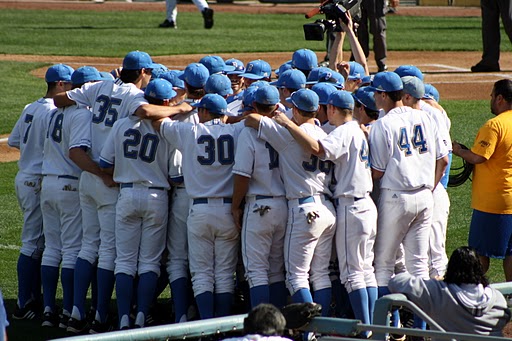 WESTWOOD—Making history in any aspect of life is a monumental achievement. Just ask Neil Armstrong, the first man on the moon, or President Obama, the first African-American president of the United States. Like all good things, making history is not something done easily, but UCLA has seemed to defy that notion year after year as the athletics program continues to win more national championships.

The UCLA baseball team was trying to add their own piece of history to the lore of the Bruins by winning the College World Series and becoming the first school to win the national championship in softball and baseball in the same year. To complete their quest the team would have to go through the South Carolina Gamecocks in a best of three series to become the national champions, but unfortunately the Bruins were not able to create the type of memories they hoped to when they reached the finals.

Before suffering heartbreak in the finals, it looked like there was nothing that could stop the magical run of the Bruins. To prove to the college baseball world that they were ready to end the misfortune of UCLA baseball, the Bruins went out and won 22 straight games to begin the season and soared to the top of the rankings after being ranked in the top 25 by only one poll. Despite having some losses here and there, the Bruins were able to stay on a roll the entire season due to exceptional performances from some of the youngest players on the team. Freshmen Cody Regis and Beau Amoral took care of the offense, while sophomore Trevor Bauer kept the team in the game by shutting down the opposing team with his powerful pitching. Amoral finished the season with a batting average of 0.354, which was the highest average for a freshman since Garrett Atkins hit 0.383 in 1988 and Bauer tallied 12 wins and 165 strikeouts on the season.

Coming into the postseason there was only one really big question for the Bruins: How would they respond to Cal State Fullerton? A rivalry has developed between UCLA and the Titans over the years, but during the regular season the games were a bit one-sided. The Titans easily handled the Bruins in Westwood coming out on top with a score of 6-1 and in the second match-up in Fullerton the result was very much the same, only this time the Bruins got a little bit closer by scoring one more run while only allowing five for the Titans.

UCLA breezed through the regionals by dispatching Kent St., LSU and UC Irvine without using much effort, but in the super regional’s they were once again put up against Cal State Fullerton. This wasn’t a regular season game anymore, whoever won moved on the College World Series and the loser went home. UCLA was hosting both the regional’s and super regional’s for the first time in their history, so they wanted to make sure they took advantage of the situation. Cal State Fullerton had other plans. After the first game it seemed like the Titans were going to continue their domination of the Bruins and send them home. Fortunately for the Bruins the score was only 4-3, which was closer than the last game between them during the regular season and in the next two games UCLA finally got over the hump and moved on to the first College World Series in their history.

Against Florida and TCU, in the early stages of the final round, the Bruins once again found the road to be less than difficult. Despite a meaningless 6-2 loss to TCU the team went through their first four games relatively unscathed, but all that changed against South Carolina on June 28, in Omaha, Neb. The Gamecocks came out swinging in the first game of the series and jumped out to a 6-0 lead in the first three innings. UCLA on the other hand kept their bats silent until the 5th inning and didn’t score until the very end of the game in the bottom of the ninth. No team had ever laid a goose egg in the College World Series, so the run assured the Bruins of not ending up on the wrong page in the history books. In the second game the offense was not much different for UCLA, but it was for the Gamecocks. Rob Rasmussen was able to hold South Carolina scoreless for six straight innings and during that time the Bruins built a one run lead on a RBI single from Nico Gallegos brought in Trevor Brown for the first score of the game. South Carolina didn’t get their first run until the bottom of the eighth inning after the ball got past first baseman Dean Espy. Both teams were held scoreless until the bottom of 11th inning after a walk-off single by Whit Merrifield allowed Scott Wing to come in for the winning run.

Even though the baseball team failed to make history, the future looks brighter than ever for UCLA baseball. This year’s team was the best in Bruin history finishing 51-17 and played in the school’s first ever College World Series. A lot of the key players on the team were freshmen and sophomores so the experience of going deep into the postseason will give the confidence to continue play at a championship level. Head Coach John Savage has done an amazing job in turning the program around in just six years and after receiving the National Coach of the Year award this season it will be interesting to see how he attempts to top that in his seventh year.