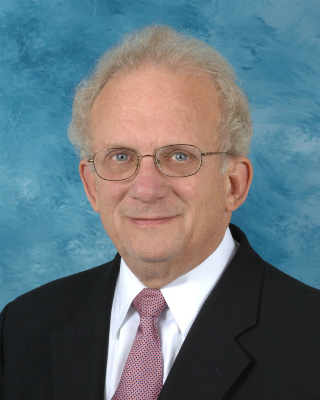 SHERMAN OAKS—During the evening of Wednesday, January, 4, Howard L. Berman, who represents California’s 28th congressional district, hosted a town hall meeting at Millikan Middle School in Sherman Oaks where he defended new U.S. sanctions on Iran and his Iraq War vote, as well as talked about other foreign policy issues with constituents.

“Iran’s getting the bomb will trigger nuclear proliferation in the Middle East, as Iran’s neighbors seek nuclear weapons for protection,” Berman said. “If this happens there is a serious risk that nuclear weapons could fall into the hands of terrorists.”

President Barack Obama signed on New Year’s Eve the National Defense Authorization Act (NDAA) for Fiscal Year 2012, which among other things penalizes entities that do business with the U.S. if they buy oil from Iran or have other transactions with the country. Berman, who is on the House Committee on Foreign Affairs, said he voted for NDAA in order to cripple Iran’s oil exports so that it will rethink its nuclear ambitions.

NDAA also reaffirms the president’s power to detain suspected terrorists without trial. Berman told a member of the audience who compared this provision to something akin to Nazi Germany that he is con-sponsoring a bill by John Garamendi to amend section 1021 of NDAA to clarify that American citizens cannot be detained indefinitely during hostilities.

When the discussion turned to the Iraq War, Berman said he supported it because he was persuaded that Saddam Hussein had weapons of mass destruction based on historical evidence. This included Hussein using chemical weapons against Iraq’s Kurdish population and his purchase of a nuclear reactor from France that Israel ultimately destroyed.

“But it turns out that Iraq’s WMD systems were not reconstituted after the first Gulf war,” the House representative said. “I learned that you need to be more skeptical.”

Brad Sherman, who represents California’s 27th congressional district, criticized Berman’s support for the war during a town hall meeting the next day in Woodland Hills. In response, Berman called Sherman’s stance inconsistent. The two are vying for the state’s 30th congressional district that they were both placed into by a redistricting process.