BEVERLY HILLS—On Tuesday, June 12, a Beverly Crest brush turned dangerous after the brush caught fire from a weed whacker being used for brush clearance in the 9800 block of Portola Drive. Margaret Stewart, Spokesperson for the Los Angeles Fire Department indicated at 1:57 p.m. the Department responded to the reported brush fire. Due to the proximity of the blaze, nearly 85 homes in the region were forced to evacuate. The blaze was coined the “Portola Fire.”

Beverly Crest is a high-risk area for brush fires, which is the reasoning behind annual burns. The burns take place in the months of July or August. Due to the spread of the fire, helicopters sprayed water from above to distinguish the fire and reduce the risk of further movement. Embers from an already ablaze fire can cause a fire to jump and spread. 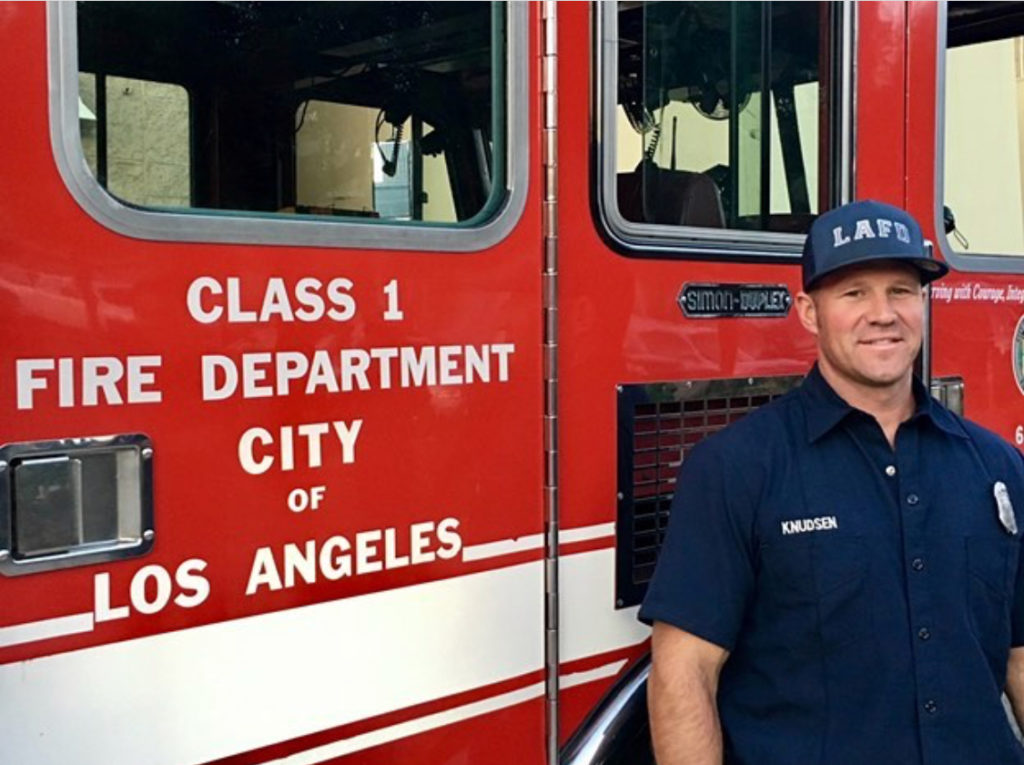 By 5 p.m. on Thursday, June 14, the LAFD reported that the fire was currently 95 percent contained with no housing damage. Two Los Angeles County firefighters were taken to the hospital for minor injuries sustained; one with heat exertion and one with a minor burn injury. Fire crews are still assigned to the area.

All evacuations were lifted at 8 p.m. Tuesday night and all residents were allowed to re-house at that time.

“The cause of this fire serves as a strong reminder for all residents to use only licensed contractors (list here) who are bound by safety guidelines and requirements, including no use of metal blade trimmers and the maintenance of extinguishing agent at hand. The LAFD reminds you that exhaust manifolds of fuel powered trimmers can get very hot, and that is likely the direct cause of this fire,” stated the LAFD on its website.