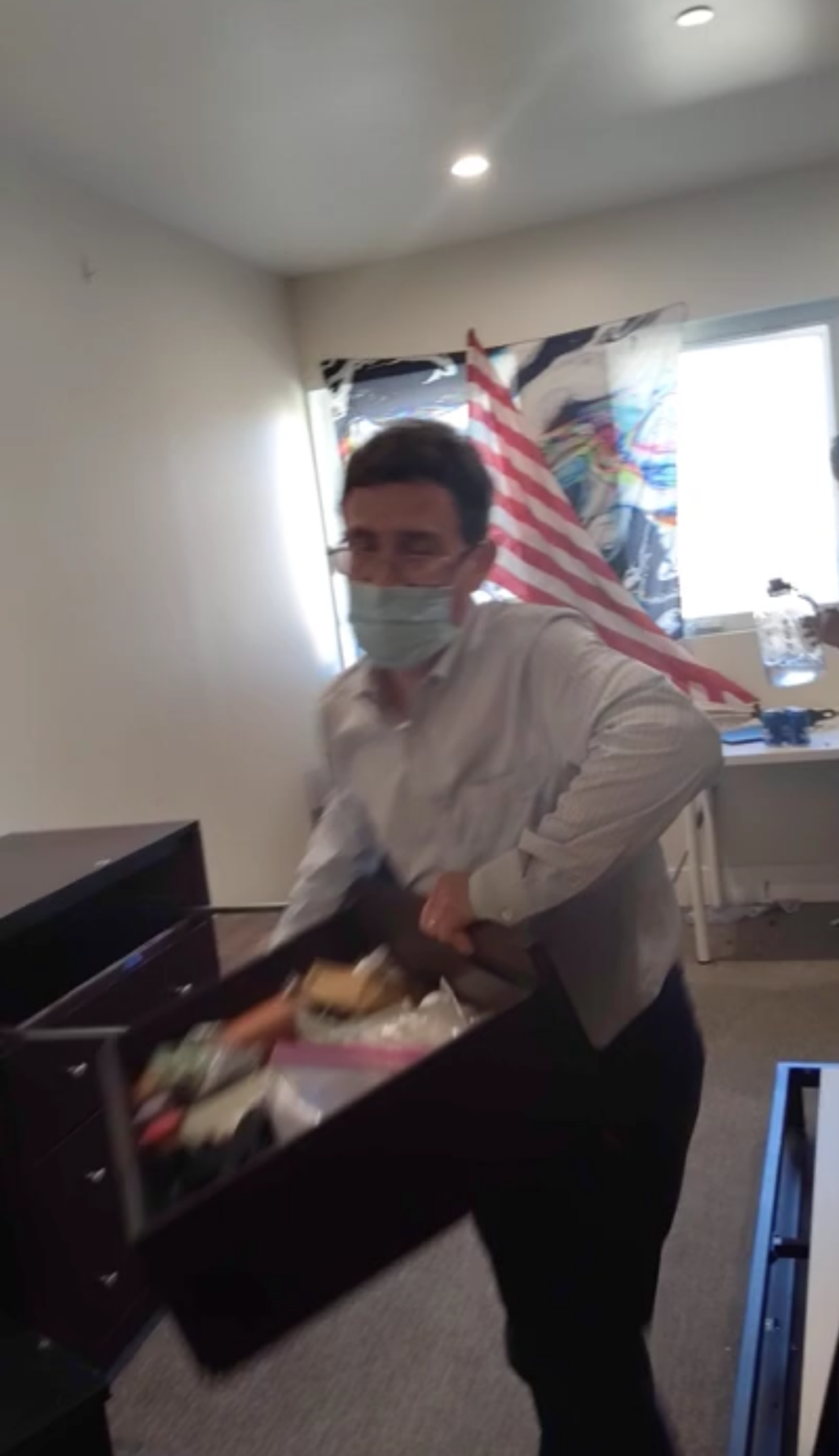 BEVERLY HILLS—Landlord and Doctor, Stephen Copen of Ronald Reagan Medical Center was arrested on August 31 after entering a unit hours before the lease agreement was up forcing UCLA students to remove their belongings.

Student, Alex who lived in unit #304 taped the incident that occurred at their fraternity house. His housemate, Aidan McNulty who previously lived in a room a couple doors down in unit #302 a few weeks prior was looking for a permanent place elsewhere, but until then, Alex allowed him to stay in his room until the end of the month (Aug 31) when his lease was up in room #304.

Aidan’s little brother who would like to remain anonymous, was planning on moving into Alex’s unit on September 1 because, Alex was moving out on August 31 by 11:59 p.m. and McNulty was taking over the space.

Aidan was giving Alex a few belongings that belonged to his little brother as his lease was starting just the next day but when landlord, Copen showed up unannounced, he was not okay with their belongings still being in the unit because he planned on “sleeping in the unit” the night of August 31.

Aidan confirmed that Dr. Copen came in at about 10:30 a.m. on August 31 while one of his employees was changing the locks on the door. He told the tenants that they had to be out as soon as possible because, he had “patients at the office that he had to deal with.”

Dr. Copen is seen throwing items out as an individual is yelling, “STOP STOP STOP NO NO THIS IS NOT OK! DO NOT TOUCH THIS YOU ALREADY RIPPED IT.” As Copen disregards the students, they continue to plead with him, “NO STOP, HOLY SH*T, WHY ARE YOU DOING THIS, MAN ARE YOU KIDDING ME?”

Copen’s wife, Naghmeh Makhani stood in the doorway propping the door open as she insisted that she was, “helping them move out.”

When he is clearly not giving up, one of the students asked, “Can someone call the cops again please?” 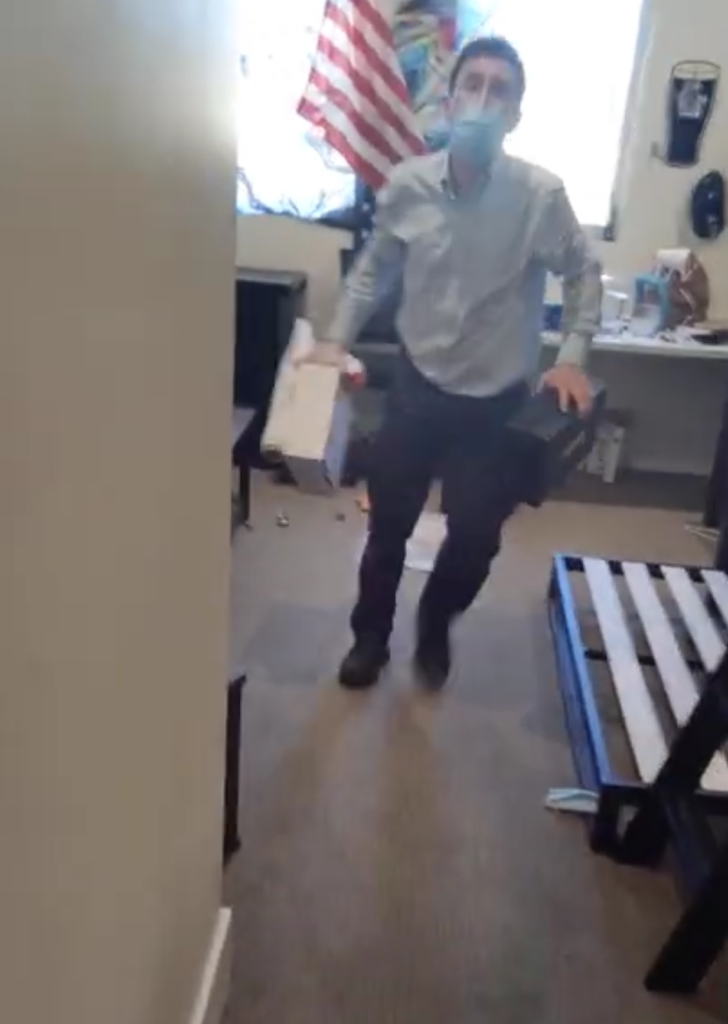 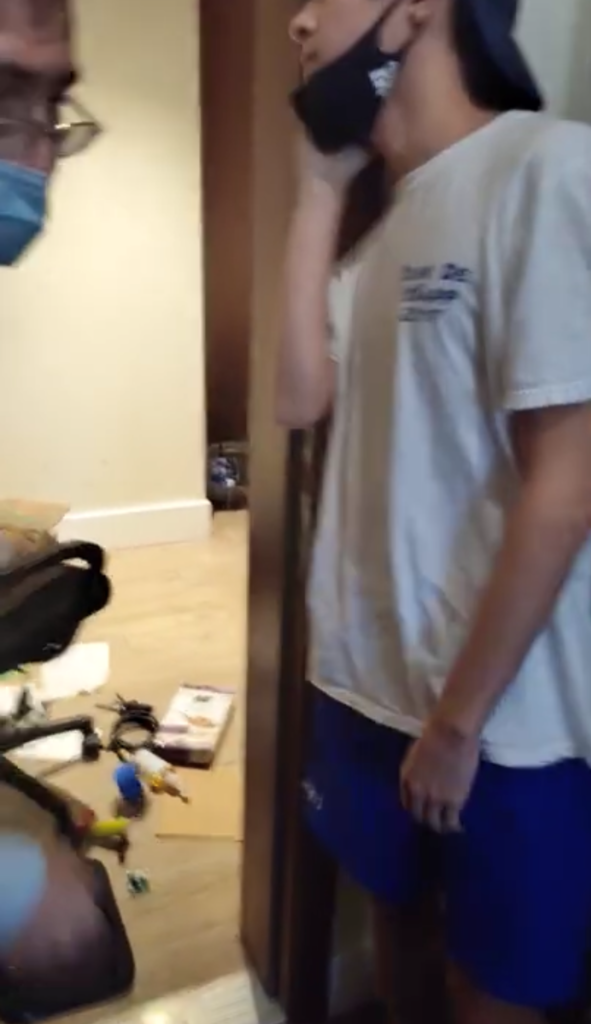 According to the police report, UCLA police were already at the site earlier and let the tenants stay as their lease was still intact. The report said that Copen was told verbally by the men that they would be out by Aug 30, although they were paid through Aug 31.

After another call from the students, cops came back around 3:45 p.m. and saw belongings on the hallway floor including clothing, furniture and personal items. When Copen emerged from the room, he was “wearing boxers, wet head to toe carrying a messenger bag on his shoulder.” When officers questioned him about the incident he attempted to shove past them. He was told he was “not free to go” and because he resisted arrest, the officers got a hold of him and handcuffed him in unit #304.

Aidan confirmed that Copen told a friend of his who was planning on living with his little brother that “the name McNulty was banned from any of his properties.”

Copen’s wife, Makhani, claimed that, McNulty “attacked” Copen when he was accused of breaking his property although this was not caught on tape.

Copen was cited and arrested for vandalism. He has a set court date of November 4.

Aidan McNulty has not gotten a security deposit back and Copen has yet to return the emails sent by Aidan’s mother.

McNulty told Canyon News, “We have had problems with him in the past but this was the first time we caught anything on video.”

An individual on video stated that Copen did the same thing to his room when he lived there, throwing away his Play Station and $500 worth of goods.