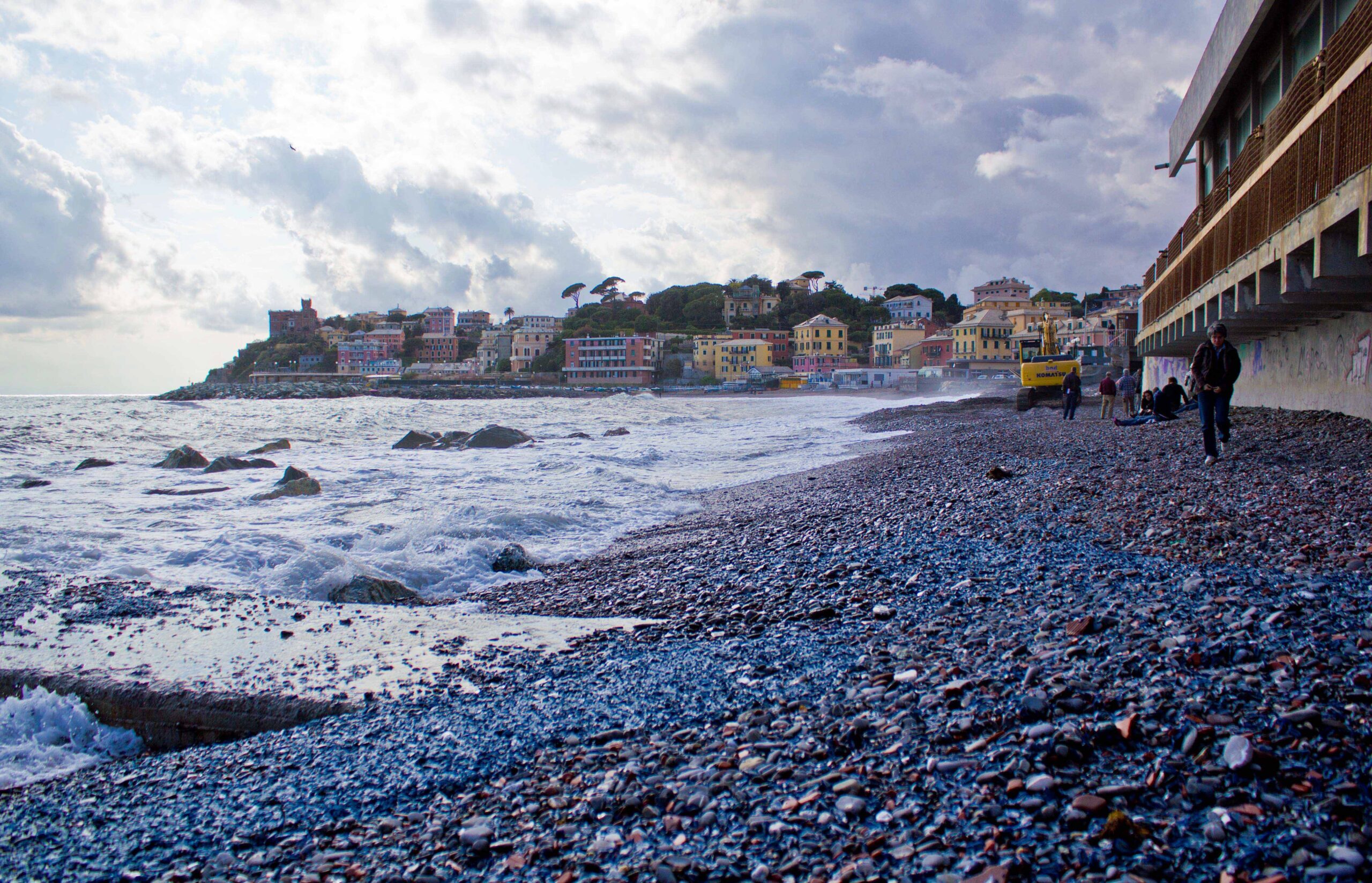 MALIBU—Droves of blue jellyfish have invaded the Malibu coastline, as millions of the creatures have been blown ashore by ocean currents.

This particular species of jellyfish, known as Velella, are open-ocean dwelling jellyfish that possess a distinct sail on their bodies that facilitates their movement across the surface of the water. Velella are commonly known by alternative names such as purple sail, little sail, sea raft, by-the-wind sailor, or little sail.

A close relative to the famed Portuguese Man of War, one of nature’s deadliest jellies, the Velella is a harmless species that primarily feeds on plankton and polyps.

Because their sail offers their primary means of locomotion, the Velella move based on wind and ocean currents. Once beached, the critters inevitably die, littering the coast with a graveyard of blue jellyfish.

In addition to Malibu, areas of Northern California have experienced this recent phenomenon as well.