UNITED STATES—U.S. Customs and Border Patrol (CBP) agents saved a family of Guatemalan nationals from drowning in the Rio Grande river on March 28. The CBP reported on their website, the incident occurred near Eagle Pass, Texas. The woman and her three children, ages 2, 4, and 15 attempted to cross the Rio Grande River from Mexico when the current of the water swept them away. Agents were able to go against the current in an airboat and pull the family from the water, and did not require medical attention.

“Had our Border Patrol agents not been in the area to respond quickly, the woman and her children would have likely drowned,” said Del Rio Sector Acting Chief Patrol Agent Louie W. Collings.

On February 14 at 2:30 a.m. agents from Eagle Pass Station heard the cries of distress coming from the Rio Grande River. 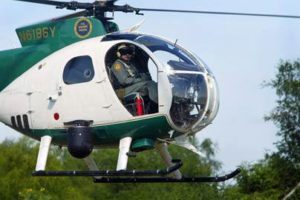 A CBP helicopter located the group of eight stranded on an island. Border Search Trauma & Rescue (BORSTAR), who are part of the Del Rio Sector’s Special Operations Detachment and marine unit were deployed and assisted in the rescue.

At 12:15 p.m., on February 14, a group of six migrants attempted to cross the Rio Grande River only to be pulled away by the current. The CBP Marine Unit were able to respond and get them to shore. At 3:40 p.m., a group of three individuals attempting to cross and were rescued by agents. They were taken to transported to Duncan Regional Medical Center in Eagle Pass for treatment and observation.

A total of 17 central migrants were rescued on February 14. All were processed in accordance with the United States Customs and Border Patrol guidelines.