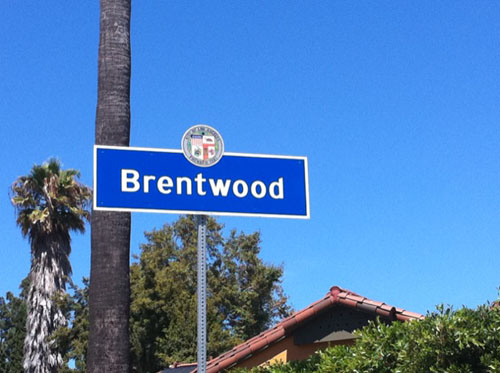 BRENTWOOD —Residents of the quaint Saltair Terrace community are up in arms about the possibility that billionaire Charles T. Munger will be able to build his latest commercial complex in Brentwood. The landmark complex Munger plans to build would be built on the property that once housed Dutton’s bookstore.

Munger, 86, has spoken in the past about his desire to build the Brentwood Town Green, a village-style center with boutiques, eateries and outdoor seating areas. According to a lavishly illustrated booklet distributed to neighbors in the Saltair Terrace community, the development would be good for the community, and he contends a user-friendly two-story version of the Country Mart, which is also in Brentwood, located near 26th Street and San Vicente just west of his proposed project.

Brentwood resident Mitra Moradifar spoke candidly with Canyon News about her objections to Mr. Munger’s project. “It’s a monster of a project. Mr. Munger is trying to develop a commercial development that would take three to five years to complete. That’s how huge this project is. He’s also trying to add hundreds more parking spots to the region and once he does that, he would be able in my opinion to construct a lot more in the future. This is absolutely not a good fit for residents in our community. We do not need another shopping center in this area,” said Moradifar, who is also a Realtor in Los Angeles.

“This is very quaint area, a lovely area where most of the residents here bike or walk daily to and from places, including the beach. This would cause a lot of problems for residents, and we do not want this here. There is already only one way out of this subdivision and the current traffic on San Vicente is bad enough with the residents needing to get around Brentwood, and the schools in Palisades that use this area to and from their destination. Already between 7 and 9 a.m. and 3 and 7 p.m. the traffic is so bad residents complain already. This would only make matters much worse,” added Moradifar.

At the western edge, Munger now proposes to demolish two single-family homes facing Saltair Avenue and replace them with one new 4,500-square-foot residence. Neighbors had previously complained about his plan to have parking along Saltair. It has been proposed that the project would be built atop a one-level underground garage.

Munger contends that the project would increase housing values. “This is absolutely absurd and not true. I am a Realtor. I can assure residents that this will not raise the value of their homes and property,” states Moradifar. “The beauty of Brentwood is what we have. This project would change the face of our community. We intend to fight this.”

Mr. Munger is Vice President of Berkshire Hathaway. Calls to Mr. Munger’s office were not returned by press time.