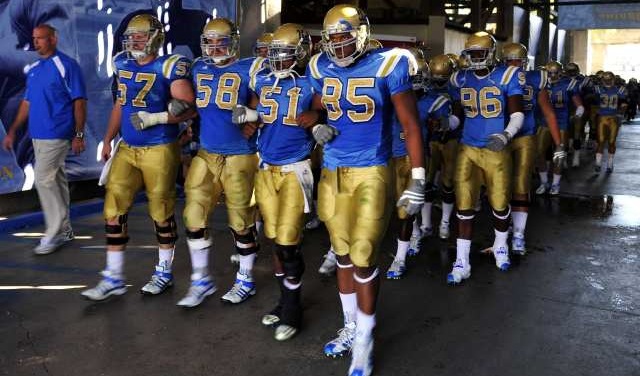 TEMPE, ARIZONA—The UCLA Bruins competed against the NFL on September 25 as they battled the Arizona State Sun Devils. Its not often you see college football compete with professional football during the week.  The Bruins proved to be a force in the game winning 62-27.

UCLA is on par with a strong season at 4-0. One of the big stars of the night was Ishmael Adams who scored 2 touchdowns in the game.  Quarterback Brett Hundley threw for 355 yards and four touchdowns, despite recovering from a left arm injury.

The Bruins defense put a tight hold on Arizona keeping them scoreless in the fourth quarter. They further pushed the lead to 62-27 with two more touchdowns. UCLA will next face Utah on October 4 at home.