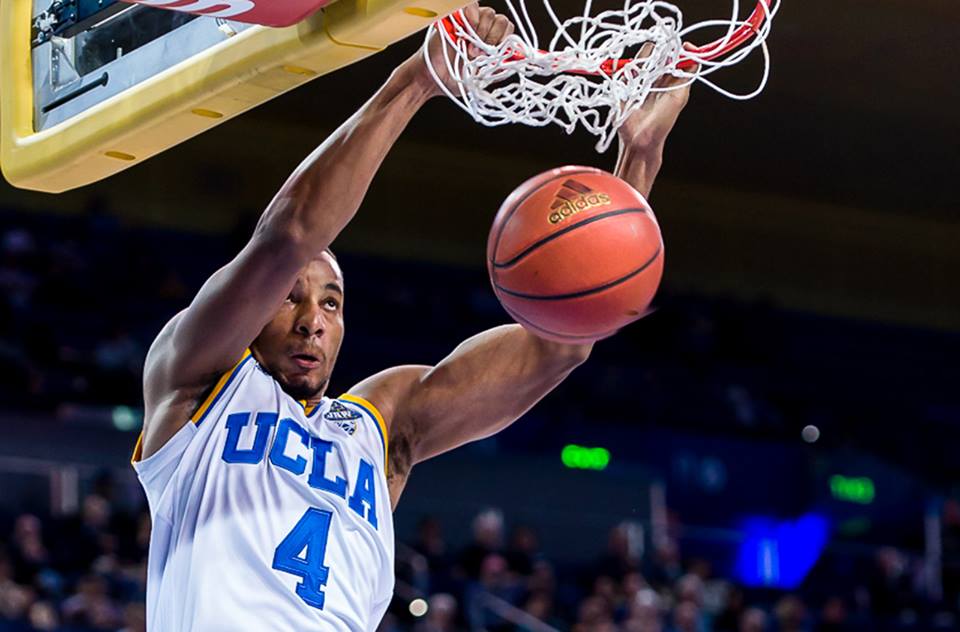 WESTWOOD—UCLA played short of players, but not of strength. With several players on injured reserve the Bruins dependence on their remaining roster stood up strong and dominated the court. The 22nd ranked sons of Westwood defeated the Sacramento State Hornets 86-50 at Pauley Pavilion Monday night. Jordan Adams led the team with 21 points, and four teammates shooting double digits.

The Bruins opened up scoring in the first half with Kyle Anderson dropping a layup before setting up David Wear on the free throw. The Bruins went up 27-19 with six minutes left with Adams scoring his first eight points in the half leaving the Bruins up by 13 at the half.

Dylan Garrity kept the Hornets on the trail nailing two three-pointers in the first half, scoring three more from the far line, but his actions were not enough to catch up. UCLA went on a roar with 15:47 left in the second going on a 17-2 run in four minutes, with Adams racking up the points with Norman Powell and Kyle Anderson behind. The Hornets couldn’t gain a grip as the Bruins continued to widen the gap scoring nearly double their points in the second half.

Sacramento State holds a 0-13 record against ranked teams since becoming a Division I school in the early 90s. Freshman Zach LaVine ended the Bruins third consecutive win with 14 points, 7 rebounds and three of four at the line. The healthy half of the Wear twins (David) scored 12 points and 10 rebounds in an act of support until his brother Travis made his season debut since having an appendectomy in October. Coach Steve Alford’s two sons who play for his team helped in the Bruins win with Bryce Alford scoring seven points and five assists while sick. Despite his illness, both brothers had the chance to play together in the final minutes of the game.

In what appears to be a family affair, the Bruins hope the brotherly love keeps them in contention to move up the rankings. UCLA moves forward with two more unranked matches set up for the weekend before heading out for their Thanksgiving game against Nevada.