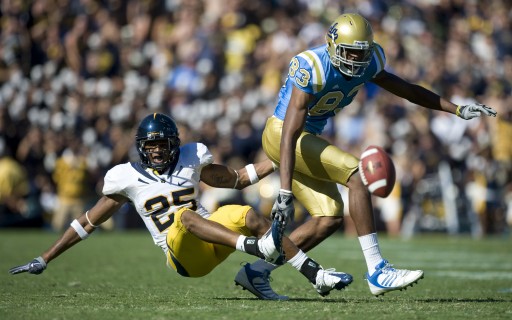 WESTWOOD—If you have an older brother or sister then you know how miserable life can be when you’re the young pup in the family.

The older ones always pick on you, call you names, and they may even try to push you around a little bit just to show how much power they have over you. Fortunately for us humans, we have something called a “breaking point” and when you have reached that point you refuse to take anymore abuse and decide to fight back.

UCLA knows this feeling all too well. The first UC school to come into existence was UC Berkeley and all other UC campuses are built off the model created by Berkeley. UCLA was the first extension of UC Berkeley and was known as the “southern branch.” From that moment in 1914 when UCLA was founded, Berkeley began treating them like their little brother, but instead of teaching them the ropes or helping them develop, Berkeley looked down at UCLA and felt they were nothing more than a second-rate institution when it came to academics and athletics.

For years the boys at UCLA had to deal with Cal constantly doing anything it could to try and put their “southern” affiliates in their place, but eventually UCLA had enough. In 1972, legendary UCLA track and field coach “Ducky” Drake came out to talk to the football team during Cal week. Ducky was a relatively quiet man, but he secretly harbored an intense dislike for Cal Berkeley. He had been there for a long time and had seen all the things UCLA had to experience at the hands of Berkeley and he couldn’t take it anymore. His speech to the team that day sparked an 18-game winning streak against Cal that ended when Ducky died in 1988, but every year during that span he would give that same speech to the team during Cal week to inspire them to victory.

After a five-game losing streak to Cal, Ed Kezirian, known fondly as Coach K, decided to bring back the message of Ducky Drake and ended their losing streak in 1995.

Its been over 80 years since UCLA was founded, but times haven’t changed that much. Despite the Bruins leading the series 49-30-1, the Golden Bears continue to look down at UCLA. Even with the momentum the Bruins have coming off three straight victories, two of them coming against ranked Houston and Texas teams, Cal still has no respect for their so-called “inferior” relatives.

October 9 will mark a huge turning point in the season for the Bruins. Around the country people are still waiting to see if UCLA is a legitimate team that can contend for the Pac-10 title or a group of talented athletes that can’t really play together. Can UCLA’s dominate running game contend with the 15th ranked rushing defense of the Golden Bears or will the honeymoon finally end for the Bruins in Strawberry Canyon?

All the goals UCLA set out to achieve this season are still ahead of them and Berkeley is one of those teams that stand in the way. The little brother doesn’t usually have his way against the older one, but every once in awhile, they get lucky and catch the older brother off guard. On Saturday, the Bruins will proudly march into their older brother’s room ready to put up a fight and invade the personal space of the Golden Bears for 60 minutes and hope to come out with a win.