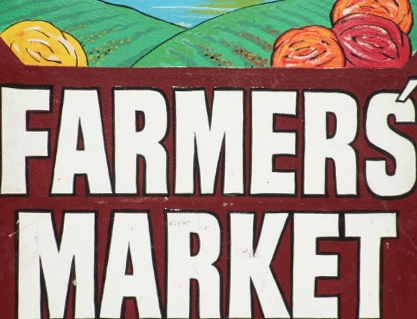 SANTA MONICA—Recent allegations have sparked controversy at the Santa Monica Farmers Markets. The allegations that were brought forth claimed that some vendors are obtaining their produce from outside of the jurisdiction of Santa Monica. Vendors may be selling wholesale or imported products, though given the difficulty in verifying this as a fact, there are currently no direct accusations being made by the California Department of Food and Agriculture (CDFA) regarding the source of produce or the accuracy of the allegations.

The CDFA has been holding listening sessions throughout California with the only Los Angeles session held last Monday, November 1, in Santa Monica. In the hearing, several comments were made from “which it was very easy to conclude that the produce was not local,” stated Jay Van Reimes, from the Department of Food and Agriculture. “There are ways that folks who are familiar with agriculture would know if it’s possible for an item to come from a particular plot”¦based on the particular variety of fruit or vegetable. Being able to go to your growers and say that this particular item that you’re offering isn’t grown from this region at this time of year is possible. Can they show that it was? Sometimes it takes another vendor to point this out,” added Van Reimes. However, pinpointing the actual source of the produce is more difficult than determining if the produce did not originate at a local farm.

Kurt Floren, Los Angeles County CDFA Commissioner, indicated that at present, the charges of food grown in Mexico have not been proven, “though clearly” the food was not grown by the local farmer. Floren stated, “In the investigation, it seems that one grower purchased from as far as Mexico, though I cannot comment on that.”

Raw Inspiration, which operates 18 farmers markets, allegedly neglected to report the regional discrepancy of its farmers’ items. When Shannon Reid, the manager, indicated that a farmer may be obtaining produce from elsewhere, she stated that her claims were ignored and that she feared retaliation by the company for having made a statement regarding the incident.

Shannon Reid’s accusations were refuted by the company. On their website, Raw Inspiration claims that in the past such reports made by Reid were actively followed up on and investigated when farmers were found to be re-selling products grown outside of California: “On April 17, 2010, Ms. Reid recorded a violation citing Mr. Kirby Wyllie and Lim’s Farms of ”˜reselling blueberries and tomato cherries ”“ product of Mexico ”“ with bar codes and labels of other grower/distributor’.  This is a practice known as ”˜supplementing’ and unfortunately occurs at many farmers’ markets. Once we received Ms. Reid’s report and the ”˜blurred’ video report (which took Ms. Reid two weeks to get it to us) we opened a review and investigation of the alleged violations. Also, on receiving Ms. Reid’s written report, on May 2 we sent a memo to all our farmers warning of the consequences of ”˜supplementing’.”

According to Floren, the problem of selling items from outside of the local farm jurisdiction is relatively infrequent, though difficult to determine. Public Information Officer Ken Palman states that most of the producers selling at these farmers markets are from the county. As Palman further explains, Los Angeles jurisdiction is within the Los Angeles county border and “with 6,000 operators throughout the year,” about 130 notices of non-compliance were written.

The CDFA must then contact farmers to verify whether produce was grown on a particular farm. The difficulty is the number of farms versus the number of workers able to ascertain if each farm is indeed growing their own produce. There are currently over 700 farms statewide with more than 2,200 vendors. “We need to go to the location to verify if there is any suspicion. The enforcement is a cooperative effort, usually,” said Palman.

The difficulty is when the food comes from a more distant location, such as Sacramento. Palman explained that the costs of growing and shipping in Mexico are significantly less than shipping from Sacramento and such behavior is a “no-no” because, as Kurt Floren later explained, “Direct marketing is a successful program. Lack of trust and confidence could threaten the entire industry.”