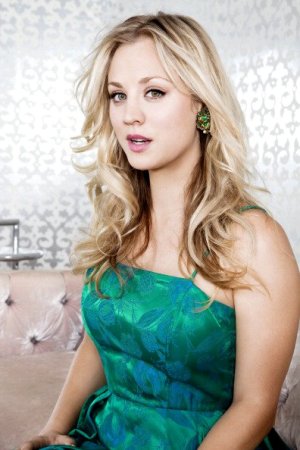 HOLLYWOOD—The stars were definitely out at the 2012 People’s Choice Awards that allows the public to pick the winners.  There was quite a bit of star power in the audience from Neil Patrick Harris who won for Favorite TV Comedy Actor for “How I Met Your Mother,” to Nina Dobrev who won Favorite TV Drama Actress for “The Vampire Diaries,” the stars are aware how important their fans are to their careers.

Hosting this year’s awards was “The Big Bang Theory” star Kaley Cuoco who just resonates well on the screen.  She’s young, hip and hilariously funny.  It was a bit of surprise to see Lea Michele defeat the host of the ceremony for Favorite TV Comedy Actress, but she didn’t let that ruin the night.  Adam Sandler took home the trophy for Favorite Comedic Movie Actor.  While he’s a funny guy on the movie screen, his acceptance speech was a bit of a bore as he attempted to get a few chuckles from the audience.

“Bridesmaids” triumphantly took home the award for Favorite Movie Comedy.  It was a tough category, but hands down it was the funniest comedy of 2011 and the cast and crew garnered a few more laughs while accepting the award.  Performers at the ceremony included country superstar Faith Hill and pop starlet Demi Lovato; Lovato was also a winner for Favorite Pop Artist.  I was stunned to see “Water For Elephants” take home the prize for Favorite Movie Drama instead of “The Help,” but after seeing Robert Pattison in the audience it was a given.

The CW’s “Supernatural” was a double winner taking home awards for Favorite Sci-Fi Fantasy Show and Favorite TV Drama.  “Pretty Little Liars” proved why its television’s guilty pleasure as it walked away with Favorite Cable TV Drama.  Oscar-winner Morgan Freeman received an astounding standing ovation from the audience as he accepted the first ever Favorite Movie Icon. His speech was respectable and a class act; truly one of the humblest actors in the entertainment industry.  Favorite New TV Drama went to “Person of Interest,” while Favorite New TV Comedy went to “2 Broke Girls.”

The cast of “How I Met Your Mother” had reason to celebrate winning the prize for Favorite Network TV Comedy.  Its one of those comedies that has that special ability to make audiences laugh without trying to do so; it naturally happens.

What makes the People Choice Awards such a treat to watch compared to other awards shows is that the fans get a say in the winners.  The people really do decide what television shows, movies and musicians reign supreme in their opinion.