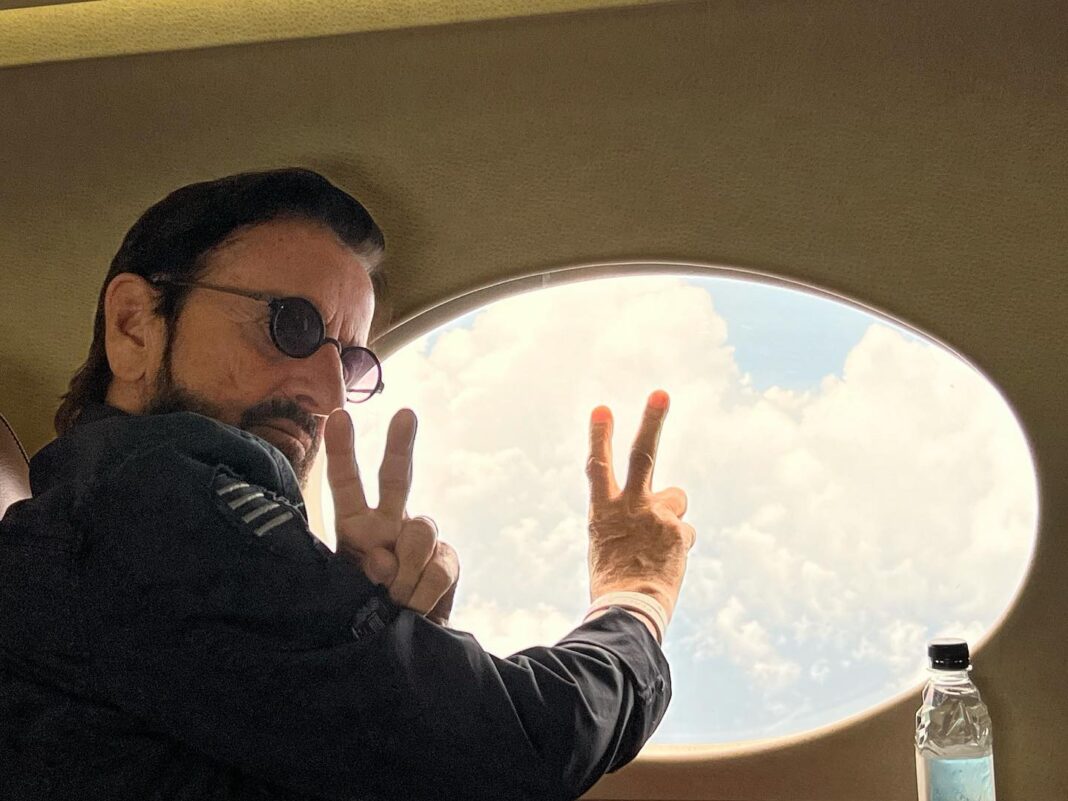 HOLLYWOOD—Ringo Starr, excuse me, Sir Ringo Starr has just cancelled some of his upcoming shows on his North American tour. Yes, Covid is still around. The former Beatle, who is 82 years old, has been playing in the US and Canada with his All-Starr band before falling ill this past weekend. According to his spokesperson, he cancelled two shows at the last minute, and it was confirmed, that he did have COVID-19.

The drummer is “recovering at home” and hopes to resume shows soon, they added.  He was supposed to play this week in Alberta and British Columbia, so they made the decision to cancel. No word yet on, upcoming shows in the US and Mexico. According to Ringo, he hardly ventured out during the early days of COVID-19. Despite receiving two doses of the vaccine, he was super cautious about touring in 2021. The tour finally resumed in Canada this past May, with Starr having played more than 25 shows since.

The musician who rose to fame back in the 1960s as part of the iconic Beatles, sang lead vocals on tracks like “With A Little Help From My Friends” and “Yellow Submarine,” and launched a very successful solo career after the Beatles split in 1970. It was in 1989 that he formed his All-Starr band.

The constant changing line-up has included rock legends such as Joe Walsh, Peter Frampton, Todd Rundgren and Sheila E. Ringo Starr received his knighthood in 2018 and was inducted into the Rock and Hall Hall of Fame as a solo artist in 2015. Ringo hopes to resume as soon as possible and continues to recover at home. As always, he and the All-Starrs send peace and love to their fans and hope to see them back out on the road soon. Team Ringo, mentioned for further updates check his website.

No idea if its COVID-19 related, yet Coldplay has reported they have to postpone upcoming shows in Brazil, after front-man Chris Martin contacted a serious lung infection. According to published reports, his serious lung infection, has him under “strict doctor’s orders” to rest for three weeks.

“To everyone in Brazil who was looking forward to these concerts, we’re extremely sorry for any disappointment and inconvenience, and we’re so grateful for your understanding at this challenging time where we need to prioritize Chris’ health,” the statement read.

The band is optimistic that Chris will return to good health after the prescribed medical break and we look forward to resuming the tour soon. The band added that it’s working to secure the rescheduled dates and will follow up with more information in the coming days. Tickets will be valid for the 2023 concerts, it added, and refunds will also be honored where required. Coldplay began its global tour back in March this year in Costa Rica. Their next show will take place in Argentina on October 25, following Martin’s scheduled period of rest-with the European leg of the tour beginning in May 2023.

It was revealed last year that Coldplay will stop recording music as a band in 2025, Chris Martin said. According to published reports, Martin made the announcement that his last record will come out in 2025, and after that they will only tour. Perhaps he will do some collaborative things, but the Coldplay catalog, finishes then, he said. His ninth studio album, “Music of the Spheres,” went straight to number one last year. He plans on making three more albums and then stop, to conclude with 12 albums. Coldplay fans took to Reddit, with mixed responses. Let’s see what the future holds for Coldplay.

Rose’s Scoop: It is with a heavy heart that I write that the First Lady of Country Music, Loretta Lynn, the queen of country music passed on October 4 at the age of 90. Tributes are being posted on Twitter and Facebook from all over the world. I was fortunate to see her in Nashville many years ago, she was a sweetheart. She will truly be missed, by everyone who loves country music.