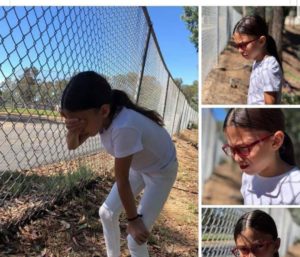 Ocasio-Cortez has been nicknamed A.O.C. for her initials. The little girl has been dubbed, mini A.O.C.

Martinez and her mother made photoshoots of the child dressed up in similar attire as Alexandria Ocasio-Cortez, videos of the little girl mocking the Congresswoman, and posted them on the internet.

The jokes at Ocasio-Cortez’s expense started while she was running for Congress. The more the Congresswoman spoke, the more it spiraled out of control making fun of her own words. The videos that Martinez made went viral and a Twitter page was set-up for #miniAOC.

Martinez was previously being booked for events, closely monitored by her mother. Video noted that donations made went to Ava’s education fund. According to reports, liberals and Democrats took offense to Ava’s antics and went as far as to threaten and harass the little girl and her family.

The official Twitter page, #miniAOC, has been taken down for Ava’s protection. Her mother stated in a tweet that it was because of death threats made to her daughter.

Ava’s stepfather, Salvatore Schachter Tweeted, “The left’s harassment and death threats to our family have gone too far for our family.  We have been getting calls on our personal phone numbers.  For our safety and our child’s safety we deleted all mini AOC accounts.” 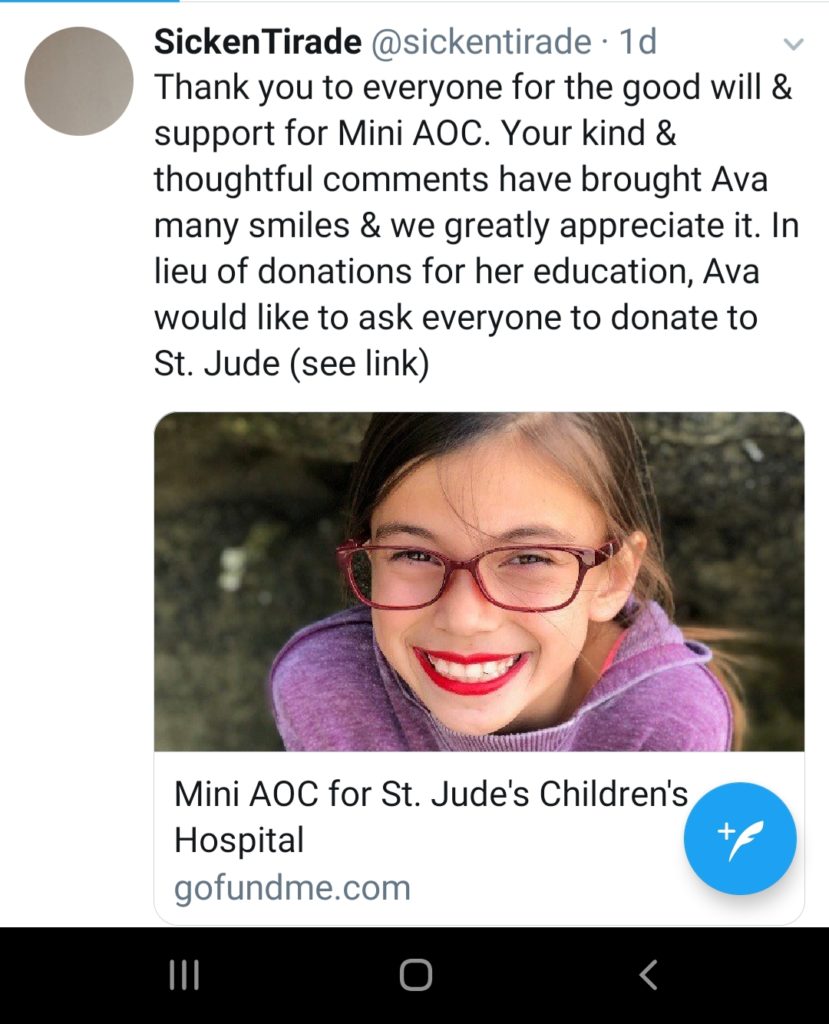 The mother thanked everyone for their support. Salvatore has set up a gofundme.com page now to raise money for St. Jude.

The YouTube video is one of her debuts regarding Alexandria Ocasio-Cortez and the effects on the climate caused by cow farts.

Canyon News attempted to reach out to the Martinez family, but did not hear back before print.